ALL THAT REMAINS: Lyric Video For New Song ‘Louder’

The official lyric video for “Louder”, a brand new song from Massachusetts metallers ALL THAT REMAINS, can be seen below. The track is taken from the band’s highly anticipated eighth studio album, “Madness”, which will be released on April 28 via Eleven Seven Music.

According to a press release “Louder” “ebbs and flows between moments of melodic, guitar driven riffs and heavy, head-banger bars, swelling to a full on pit-ready breakdown complete with a frenzied guitar solo. Vocalist Phil Labonte follows the flow of the track, perfectly switching from clean vocals to guttural howls and enhancing the songs message of standing your ground. You can feel his conviction in the lyrics, ‘The truth is loud no matter where you hide. Sleep walker, fear monger, I make the rules you ain’t got nothing on me.'”

When asked about the inspiration behind “Louder”, Labonte shared: “The song ‘Louder’ is about not backing down or self-censoring because people yell about what you think or believe. There will always be people who want to shout you down or say you can’t and that’s when you have to stand firm.

“Madness” was recorded at West Valley Studios in Woodland Hills, California with producer Howard Benson, who has previously worked with such acts as MOTÖRHEAD, PAPA ROACH, THREE DAYS GRACE, FLYLEAF, P.O.D. and HALESTORM.

Labonte told Revolver magazine about ALL THAT REMAINS‘s approach on the new disc: “We wanted to mix it up a little bit and write from a vocal perspective this time. So I went to L.A. and came up with vocal ideas and melodies and then sent those chord progressions back to Oli and he wrote riffs in response to that. [Doing it this way] turned the record into a vocal album as opposed to a guitar album. And that affected some things. Like, there might be less intricacy in the riffs because they were written in response to my voice.”

Labonte added that the majority of the new ALL THAT REMAINS songs feature “significant programming and electronic sounds. And that’s something we wanted to have flowing through the entire record. So you’re gonna hear that kind of influence on most of the tracks.”

Asked by Ryan Daniels of of Rock 105.5, Carolina’s Pure Rock radio station, about the “sellout” accusations that have been leveled at ALL THAT REMAINS for the more radio-friendly sound of the album’s first single, “Madness”, Labonte said: “If you’re doing something — making music — and specifically catering to an audience that you have catered to or that has found something to attach to, is it a sellout to try and change and do something different? Or is it a sellout to be, like, ‘Okay, this is the safe play where I know I can make my money?’ It’s, like, I know I that I can cater to this narrow group of people, and if we don’t stray, these people will keep buying our records, these people will keep coming to our shows. Is it a sellout to be, like, ‘I’m gonna try something different?'”

He continued: “People have been saying ‘sellout’ about us since 2006, since we put out ‘The Fall Of Ideals’. We started doing clean choruses, and people were, like, ‘Oh, sellout!’ And it’s, like, gimme a fucking break. We’ve always tried to push [the envelope] and change.” 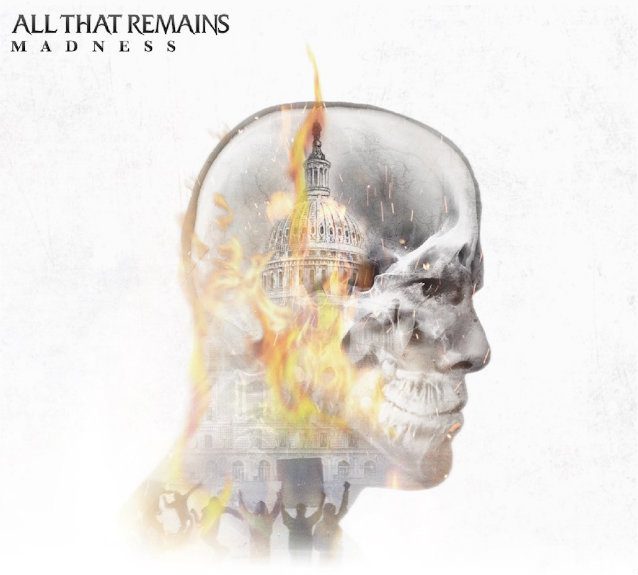