Tribute: “When Heavy Metal Meets Poker; Scott Ian and His Passion for Poker” 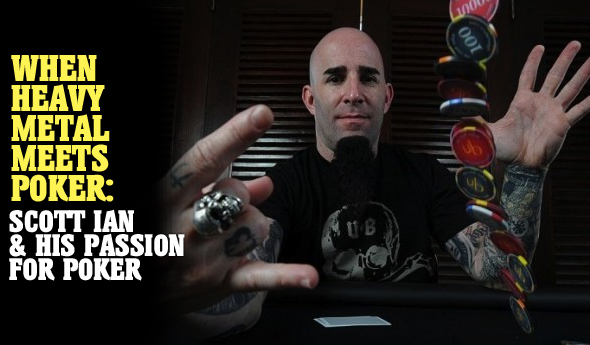 God Lemmy from Motorhead refers to gambling singing; “Playing for the high one, dancing with the devil, Going with the flow, it’s all a game to me, Seven or Eleven, snake eyes watching you, Double up or quit, double stakes or split”…

In this tribute we took the decision to deal with a different kind of topic than what we used to. Poker is a favorite sport for thousand of metalheads and we found it really interesting and enjoyable to see how Heavy Metal meets Poker! 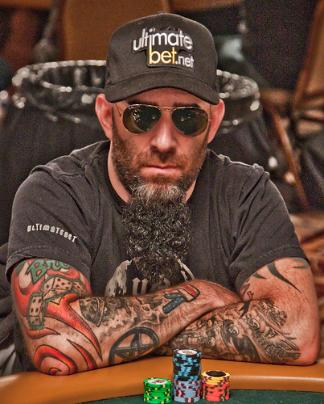 Scott Ian is known worldwide as the lead guitarist for Anthrax. Ian is known for having a passion for many things pop culture and even sci-fi. However, outside of music it seems that Ian’s biggest passion would be for the game of poker. In this article we will take a quick look at how he got into the game and even one of his greatest poker accomplishments.

Ian first started making headlines in the poker world in 2007 when he won VH1’s “Rock Stars of Charity” poker event. The prize was a seat to UB’s Aruba Poker Classic. While playing in the event, he met up with Phil Hellmuth and Annie Duke, both champions in the game and soon began taking lessons from them. Before long, Ian had improved so much that the site signed Scott Ian as an online poker pro with the site in 2008.

For the next three years, Ian took part in events all over the world under the UB brand and also play in numerous online poker events and he even participated in few mobile video poker tournament. He even hosted his own weekly tournament on the site where players received a bounty prize if they were able to knock Ian out the event.

Ian’s biggest success in poker so far would have to be at the 2009 World Series of Poker when he finished 634th in the event out of a massive field of 6,494 players. While he only made about $20,000 for that finish, it still put the poker world on notice that he did have the ability to play on the biggest stage in the world. 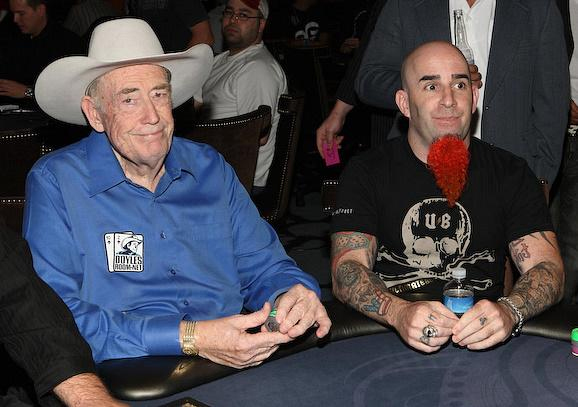 Oddly enough, Ian is not the only rock star that like to play poker from time to time. Jerry Cantrell of Alice in Chains, Vinnie Paul of Pantera, as well as Kirk Hamett from Metallica are all poker players and are even regulars in Scott Ian’s home game. Although not a regular in Ian’s home game, Vince Neil of Motley Crue is a player as well and even donated his time to the Nevada SPCA a couple of years back by playing in their charity poker event.

While not playing for Anthrax at venues around the world, Scott Ian can be found online and in casinos playing in major poker tournaments and cash games in an effort to improve his skills. For many, the rush of playing poker can equal that of performing on stage in front of thousands. As such, it is no surprise that it would become the game of choice for one of the world’s greatest guitarists.