“It’s official. Kim is ready to press the button.“ 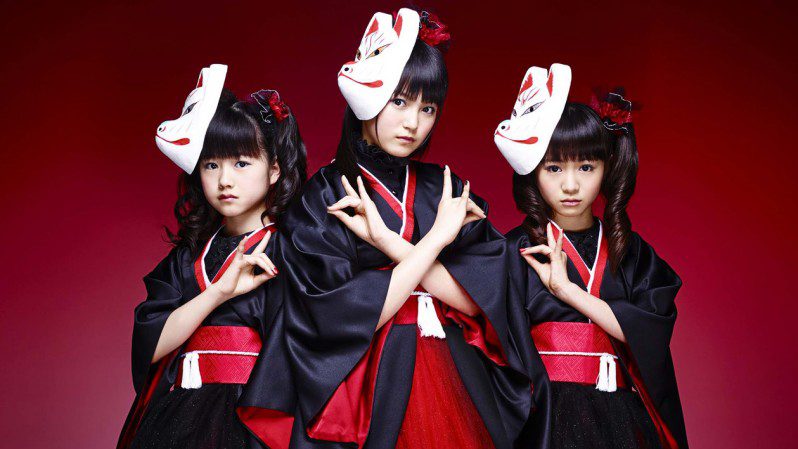 Don’t you know why?

Su-Metal says: “We’ve looked up to Metallica for so long and to be able to join them on their tour is a dream come true. It will be our first performance for 2017 so we are really looking forward to receiving a lot of good energy from them to kick off the new year.”

Yuimetal adds: “I am just so thrilled at the amazing recent news of being able to join such big bands like Red Hot Chili Peppers and Guns N’ Roses – and now Metallica. I just can’t keep up! Metallica is such an important part of what Babymetal does. I feel that we were able to make it this far all thanks to Metallica. It’s still so unbelievable to be able to play with them and I’m incredibly happy. Very excited for 2017!”

P.S: Why do they wear sneakers as hats?