It was about time for Primal Fear to release their new album, a work that praises and good opinions surrounded it long before its release. Mat Sinner, bass player, founding member and soul of the band gives all details about the new album, line-up changes, future plans and a little complaints about not serious tour promoters. Just enjoy!

What were the actions of the band after releasing the previous album ”New Religion” ?

We did the record, which we really liked, but we had a lot trouble with the guitar section. We parted ways with Tom Naumann during the recordings and Steafan Leibing’s wife had a second child, so it was really really hard on the guitar section. We had this album on which we had some super fantastic songs. The tour was one of the best tours we ever did, but the problem with the guitars was a little bit shaky.

So, after this we have a new album for the band called ”16.6 (Before The Devil Knows You’re Dead). Is there a secret meaning behind the album’s title?

Yes,of course. We have this number and we are really looking forward for the first guy who finds out what it means. But we have to keep it secret until someones finds out what is really means.

So, it is a good challenge for the fans also, right? Does the album attract bigger interest this way?

We wanted something different this time. I wanted to come up with a different title to make people wonder what this is. And now everyone comes and asks me what it really means, so it is something good. I wouldn’t say it gets a bigger interest but the title is something everyone is talking about and when this happens, it is always good.

Did you do the production again? With Charlie Bauerfeind helping you again?

In my opinion, the band from ”Devil’s Ground” and on is evolving more and more. The music has become more ambitious and dark, the songs have a bigger duration. I don’t know if you agree with me.

Yes, of course. It was for us a high point in our career, ”Metal Is Forever” is the ultimate metal song we could do, so we had to go on, we had to do something different with our music in order to please our friends. So we chose another different direction musically.

Was that also an answer to the ones saying that until ”Black Sun” the band was not evolving? And also reminding a lot of Judas Priest?

No, no, this was not the point. This was the point in the very beggining where everyone would tell such things, but it really was not a problem to us. 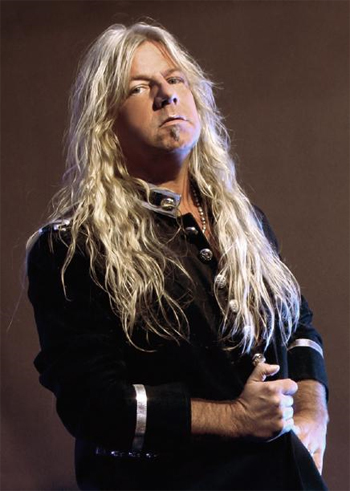 Since the previous record, you belong to a new record company, Frontiers Records. Are you satisfied by the promotion they do for you?

Yes, it is very good. They are very good, very friendly, we have a very good relationship with them. They are satisfied with the sales, ”New Religion” had the same sales with ”Seven Seals” and they do a lot for us, as did Nuclear Blast in the past albums.

Can we have an idea about the topics of the album’s songs lyrics? A general approach…

Well, this time especially we focused on the music, so if a song is really a metal song, then it has traditional metal lyrics. If the song is an epic or a powerful song, then the lyrics talk about weird stories, big dark stories and other things that fit better to each song, depending the rhythm.

This is album number 8 in 11 years. You are one of the few bands that is punctual in releasing records often. Are you overinspired, overproductive or does it just come natural to you writing many good songs?

No, no, i think the new album proves that we have a lot to say and i think that 16.6 from every point, the quality of the songs, the production, the feeling we had during the recordings… It was a great experience for us and we really enjoyed the whole process. We felt productive in a good way and we had a very good time, that’s all. So simple.

We mentioned before the line-up changes. Apart from Tom Naumann, Stefan Leibing left after 10 years. So, Henny Wolter is back once again and you have a new gitar player, Magnus Carlsson, who’s also played with Russell Allen and Jorn Lande. Could we have a little information of how he was chosen for the band?

I’m working with Magnus since… for years i could say, and we are writing songs together for other artists, so i know him very well and when the time has come that we were looking for a new guitarist, he was the obvious choice. He is a very talented and good guitarist, good songwriter, good singer, he is a great keyboard player, he can play many instruments, i think he is one of the most talented guys in all Europe and he is also a great performer.

Next question. There is a song on the album called ”Hands of Time” which is the typical ballad you have in each record. Only this time, instead of one, we have four singers on this one. How did this idea came to be?

We did this song in the studio with Henny and me there, and Ralf was also there and we were singing. All the guys have really great voices and we decided to do something that metal bands aren’t used to do. So, in the end we recorded the song which turned out to be really different. We never had a song on a Primal Fear album with acoustic guitars or 4 guys singers and it was nice doing something we never did before. So we came up with something surprising for the people listening to us. It is something good to do something different when you can and the ones listening to it like it a lot already.

Ok. So, you’re going to tour in the States first and then you hit the road with Brainstorm in Europe. Can we have some more details?

We will start first in South America which is a really good thing as we are going to have a double-headlining show with Sinner. We did one in Moscow some days ago and it turned out really good. I think it is great to play in Mexico or Chile or Argentina. Then we play in England and we will return to the US for 8 shows. Touring on USA or Canada is really good this moment of time. The Europe tour starts on October until the end of November and we have Brainstorm with us. And after the end of this tour we are going to Japan and Corea.

Are there any plans visiting Greece this time? The Greek fans are a bit unlucky concerning the band. When you came with Return To The Sabbat, you finally didn’t play, also, with Royal Hunt the show was cancelled. So, is there a chance we’ll see you this time?

If there is anybody serious asking us to come, we really really would love to come. It was not our problem in the Royal Hunt tour, Andre from Royal Hunt had a problem and couldn’t come. We told the promoter we could play, but he wanted the whole package. So, in the end what i have to say is that we can play in Chile for example, but we can’t play in Greece. It is very strange. We would really love to come and play. but what i have to say is that there is no feedback so far. I know that we have fans there but our agency doesn’t have any links with Greece so far.

Are there any new bands Mat Sinner likes a lot? Do you believe that some of them could offer some more to the scene or become like the old great bands?

Of course, i listen to a lot of bands, i really like Disturbed for example, or System of A Down, i like a lot of these bands. It is very difficult to say who could become the driving force because my taste in music is so different in all kinds. At the moment there are a lot of new good bands but i can’t really say something specific.

Good. Can we have some words for Sinner also? You did a tour with Ross The Boss in the last days of the previous year, how was it working with him? Many fans would like to know.

It was very good really. We came really close to each other. It was a really great tour because the band was in a good shape and we did many good shows. Also we promoted the last album ”Crash & Burn” which had a big success in Europe and i think for Sinner was a good tour in general. But also it was the first tour for the new band of Ross and it was successful. I really really liked his band.

I must state that i really liked ”Crash & Burn” a lot, as i also liked ”Mask of Sanity”, the previous album. I think the band after ”The nature of Evil” gets better through the years, the same that happens to Primal Fear after ”Devil’s Ground”. When should we expect a new album?

Yes, we feel really good about the last album and we play even better than we did before. The plans are to record a new album that will have a lot in common with ”Crash & Burn” and it will be a metal album with a great rock ‘n’ roll feeling. You should expect it in the first months of 2010. 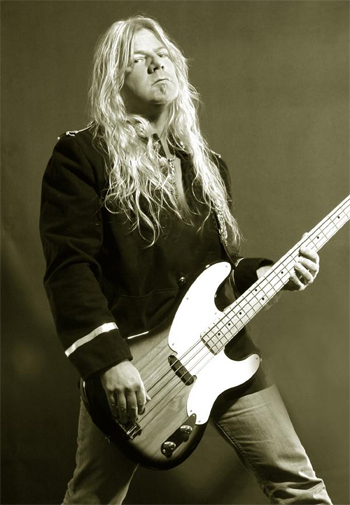 One of the last questions is about Judas Priest which we all know that you love very much. Did you like the new album? What are your expectations from them? Some more good records? A glorious goodbye maybe?

There is a new video of the band that will have its premiere through the band’s myspace, what should we expect of it? Some high budget video? A performance clip?

It is a performance clip that is very simple. It’s only Primal Fear and a lot of fire,you’re gonna like it.

Ok, this is the end of this interview. You can add anything i didn’t happen to ask you since the beggining.

I hope there is a good and serious tour promoter from Greece asking us to come there and play, i really want to come to Greece and play with Primal Fear, hopefully this year so we can show you how the new Primal Fear show is. Everybody else in the world will see Primal Fear and it would be good this happened to Greece also.

Ok Mat, I wanna thank you for this interview. I wish you the best of luck with both bands and to see you in Greece hopefully.

Thank you too and sorry for calling a little late. My greetings to all Greek fans.