Christian Bonnesen, the guitarist of Denmark Psyke Project talks with Metalpaths for the latest release of the band “Dead Storm”.

Can you tell me a few things about the recording part of ”Dead Storm” ?

Sure, we recorded the whole album live in 7 days. The album was written in between tours, so an estimate, would be that it took us about 6 months to write and make in it’s entirety. Everything you hear on the album with the exception of the vocals + some extra drum and guitar tracks, is the band playing together in a small room.

The recordings took place in Fredman Studios and produced by Frederik Nordstom, right? Correct me if I’m wrong.

Yes sir, you are correct. It was a pretty awesome experience to work with Frederik, he’s a nice guy with a lot of patience (which in our case is a good thing) – He kept things on track, while still being able to goof around and share stories with us. I can definitely recommend recording at his place to anyone. 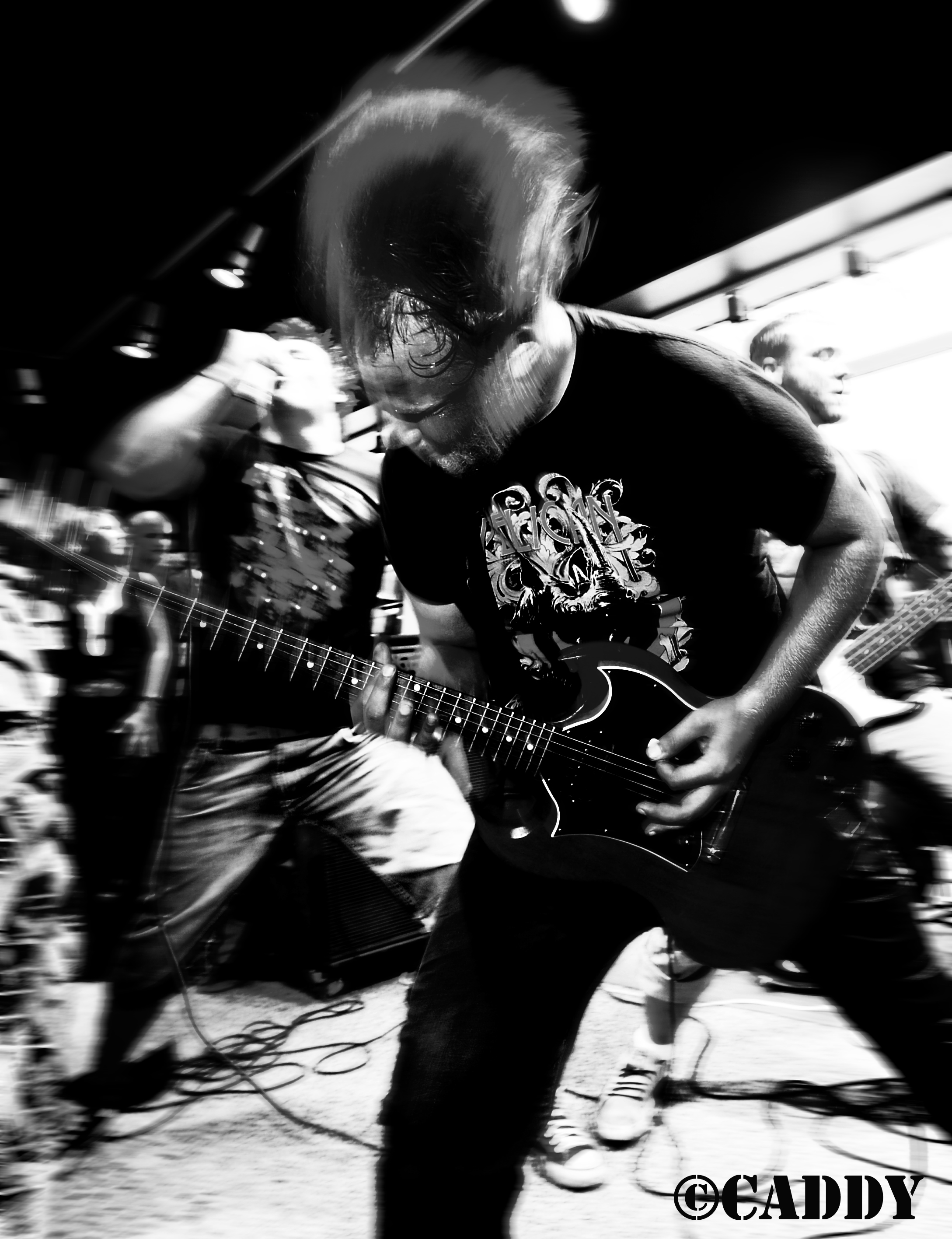 Are you satisfied with the final result? Did you have any difficulties? Will you change anything if you had the chance?

Overall I’m pretty happy with how “Dead Storm” turned out. Of course there’s a couple of things I, in retrospect, would have liked to have done better, but not in the songwriting sense, more in the delivery of the songs. There’s a few kinks and errors here and there, that would have been nice to get ironed out. But given our time schedule, I think we did a commendable job at making the best record we could. Besides that, we are probably the only ones that can hear those kinks, so it doesn’t bother me in that sense. It’s nothing major, haha.

Can you describe ”Dead Storm” to someone that have never listened to it? And can you compare it with past works of The Psyke Project?

It’s a tough one, let me think about it. Want a record that is unrelenting brutal, pummeling, dissonant, melancholic and loud?! Try out Dead Storm! In terms of comparing it to the other records, we definitely continue down the path that “Daikini” carved for us, just in a more evolved state. There’s more of everything on this one, which is an important thing, when you (like us) have played together for more than 10 years. It’s nice to have some progression in your songwriting.

Are there any ideas for a video clip?

Besides the one we already made?! (http://www.youtube.com/watch?v=I7DLL_OF4GA) – No, not now. But you never know, we have a lot of friends who direct videos, you never know. One of them might just turn up with a cool idea. But as of now, it’s not a priority. Right now it’s more about taking the songs out to the stage.

Are you satisfied with the co-operation with Lifeforce Records? Did you have any problems with the promotion of the album?

Yeah, they are great and honest guys. There’s never any beating around in the bush with them. They are sincere, have a passion for what they do, and we as a band appreciate that a whole lot. And no, we didn’t have any problems at all, they did a great job.

Is there any band members that have any different music side projects?

Yeah, we all keep ourselves busy when we don’t play with Psyke Project. But it’s not something that has been recorded, some of us play crust punk, trip hop and indie on the side. Who knows, we might just release some of it some day. But right now, we’re too busy with the band.

What can you tell me about Danish metal scene? Can you see bands make any progress?

There’s a lot of stuff going on here right now, in a positive way. Things pretty much got stale a couple of years back. But there’s a lot of new talent and some old timers who have found new constellations to make music in. It’s pretty exciting to follow. 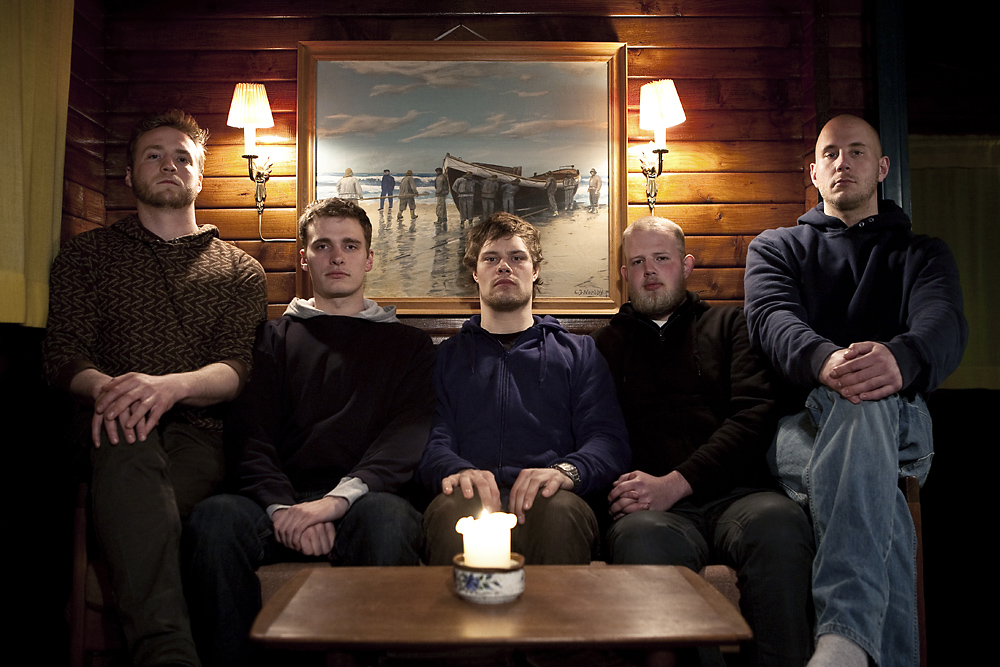 Do you think that internet and especially Myspace can help a new band?

It’s funny, because we actually get this question about Myspace a lot. But to answer the question, two or three years ago, definitely! But nowadays, nah. Myspace lost it’s personality by getting to big. People are using bots to give the viewer/listener a false impression of success. There’s no sincerity left. It’s a shame because you can’t underrate the accessibility of music by a search and a click. To sum it up, Myspace has turned into a bastard that pretty much works in the direct opposite ethics than the ones I take to heart. In general, I think that the internet has helped a lot, but then again the accessibility of the music has it downsides. Everything is just a click away, and that pretty much ruins the thrill of the kill by going to a local show, seeing something awesome and getting floored by it. I miss being uninformed sometimes, if that makes any sense, haha.

The 00s decade its coming to an end, what is your feeling about this decade? can you tell me some bands that make you an impression and maybe give me your personal top 10 of albums that have released in the 00s?

Man I wouldn’t know where to start, this has truly been a pivotal decade for the underground hardcore/punk/metal movement. We have in a sense has musically grown up in this decade, and it has been a thrill to follow. Shit, a top ten. I can give you ten records + some, but I don’t think that I can put ’em in any order, I love them all the same. Breach – Kollapse, Botch – We Are The Romans + Anthology of Dead Ends, Eden Maine – To You The First Star + The Treachery Pact, Shora – Switching Rhetorics + Malval, Old Man Gloom – Christmas + Seminar III, Lack – Blues Moderne: Danois Explosifs, Envy – A Dead Sinking Story, Buried Inside – Chronoclast, Will Haven – Carpe Diem, Takaru – There Can Be Only None…There you have it, there’s a ton more records I could have mentioned like Converge – Jane Doe but that one seems to be on the top of every friggin’ top ten list this decade, so I figured that I would mention some of the underdogs, or at least some records that struck a note with us as a band.

Can you tell me Psyke Project’s plans for the future? Are there any plans for a tour? Are you coming to Greece?

We have a lot of things cooking right now, sadly nothing with Greece yet. But we’d love to stop by some day, rock out + enjoy the lovely weather and hospitality of the Greek people. But we are going to start to write some new material soon, and embark on some tours that I’m not in the liberty to talk about yet. But 2010 is turning out to be a great year for us, a lot of traveling and adventuring in the pipeline and last but not least rocking in the pipeline.

Christian I want to thank you for the interview, and wish you the best for the future. For a closure, I want you to give a message to the Metalpaths readers.

Thanks for having me! I hope that the readers will take the opportunity to check out our music and welcome us with open arms the day we visit Greece. And by the way, if you don’t know the band Breach, there’s no excuse. Check ’em out!

Interview by: Alex Ambatzis.
Pictures by: Caddy (of Christian) and Marius Budu (of whole band)