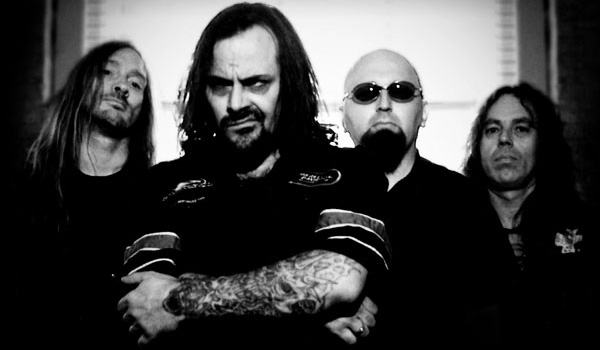 Just before Deicide’s live show in Thessaloniki, Metalpaths had the opportunity to chat with the band.The frontman of the band, Glen Benton who is not known for being very talkative, spent a little of his time talking about the upcoming plans of the band and not only.

Hello from Metalpaths everybody, today we are here to host a blast show with Glen Benton and Deicide, one of the greatest acts in the history of Death Metal, but mentioning that, how do you feel after all these years being one of the top of the scene?

Ι really don’t put that much thought on that, I don’t know.

Ok, let’s continue with some basic information about the band and your studio works, so there has been a couple of years since the release of your latest record so I’d like to ask you, shall we expect you to enter the studio soon for a new material or something?

Yeah, as soon as I get back home, we’ll be back in the studio.

Is it going to be something more similar to your first albums or something new maybe?

The title of the album is called “To Hell With God”.

Rough! And what about the label thing? You are currently working with Century Media. Are you satisfied by the attention they pay to Deicide?

I don’t know, they haven’t done anything yet.

And the reason you split up with Earache?

Cause they were ripping me off! 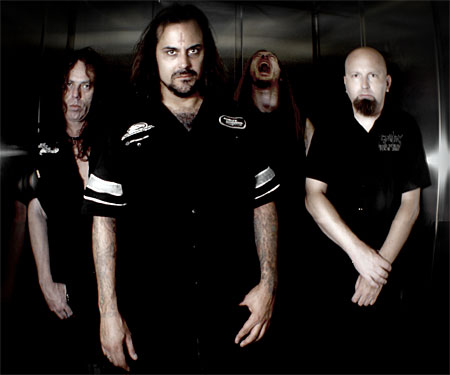 It’s a very nice thing for a Death Metal fan seeing you guys sharing the same stage with Jack Owen, how is your relationship with him and what about the rest of the line-up?

Well Kevin our guitar player is the newest member, Jack has been with us since 2004 and everything goes smooth now, no problems, no hustles, no bullshit…

Exactly. Well Jack is a little bit of a troublemaker but we put up with it.

Deicide’s name is totally associated with violence, Satan worshipping etc, but do you still believe the same things you used to back in the days?

It depends on what we believed back then, do I still not believe in God? Absolutely!

But do you still believe in Satan?

Do I believe in Satan? Well I can’t believe the one or the other. Is my loyalty there? Yeah! Has God done anything for me? No! Has Satan?? Hmm, oh yeah!

And what about the story that tells you were supposed to be dead at your 33 years??

I guess I just got lucky, I’m still here.

I understand that you must not be the vegan type of guy, in fact you were accused of animal abusing, why was that? Sacrificing insects or anything?

No no, actually I shot a squirrel in an interview.

Cause I had an infestation on my house , squirrels were in my attic and they were chewing all the wares and destroying everything in the attic of my house upstairs and on the roof you know, so I’ve been trying to kill them and poison them. I couldn’t get them all, there were a couple of them still alive, two squirrels I couldn’t get, so I was sitting outside doing an interview one day when a squirrel came by the house and i shot him so that’s how all that started.

Have you ever got bored of the mark in your head or thinking of removing that?

That one!! (Showing the cross in the forehead)

I don’t notice that anymore, last time I did that I could see my skull so I don’t want it to go any deeper or at the end of the bone!

We know a few things about Glenn Benton’s life, like that you love riding your harley or never changing they way that you dress for example but could you describe a typical day of your life?

I get up in the morning, I make launch for my 8 year old son Vinnie , I make coffee for my fiancee cause she goes to work, I get my son off his school and pretty much I do …. nothing! Walking around the yard, just like everybody else does, go shopping…

What music is the kid listening to?

My kid? Vinnie don’t really listen too much of that stuff, I don’t expose him to that music but my older son, he’s into metal.

So you do earn your living by the band?

Have you ever attacked or were attacked by a fan with any unpleasant results? 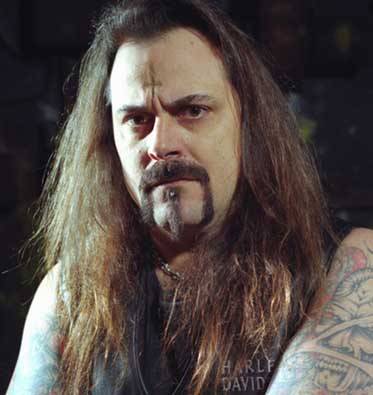 It happens to me crazy staff once in a while. A chick in Australia attacked me and I punched her in the nose. She was grabbed all over my chains cause she wanted to have sex with me and then in the last show she showed up, changed her hair colour and everything so I didn’t recognize her and she tried to jump into our van, she tried to attack me and she grabbed me again from my chains and wasn’t going home, so I made her go home. It happens..

A few days ago something has happened that really shocked all of us, the fans of the metal scene and of course I mean the death of Ronnie James Dio. How did you react when you ‘ve heard that he was dead?

Oh yeah, I grew up listening to Dio and like everybody else, you know I was very upset. The whole world was very sad when Ronnie died.

Sure it was, unfortunately. What is your opinion about Death Metal or Metal in general nowadays? Do you prefer like it was the old days?

I prefer the old stuff definitely. New stuff don’t do that much for me.

Florida was always the home of Death Metal, the majority of our favourite bands happen to have their base there but how is the condition there nowadays? Death Metal still lives?

Anything more to add about the band’s following plans expect from the new record?

We will keep touring and putting records out.

Ok then, good luck with the rest of your schedule, and hope to see you soon in our country!