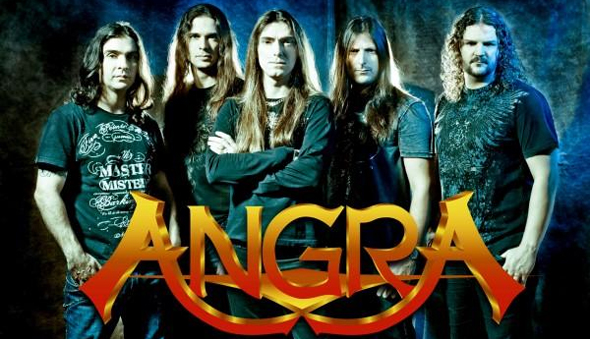 On the occasion of the new album of Angra ”Aqua”, the singer Edu Falaschi explains all the details about the four year delay, the mood during the recordings, his joy about his partners’ trust in him and his will to learn about Greek History when he comes back to play live in our country. Very calm, talkative and confident, during the whole interview, Edu proves why even the fans of Andre Matos love him a lot.

First of all, we’d like to tell you that we missed you, as there’s four years without an album. So, we’d like to know what you did all this time.

(Laughing) Actually, the last two years we were touring with Sepultura, in Brazil and then we had Ricardo back, the drummer who played in ”Angels Cry”, ”Holy Land” and ”Fireworks”, so he’s back in the band. Then with Ricardo back, we decided to record the new album, we did this tour with Sepultura I told you before, and it was a good chance to introduce him to the new fans that didn’t know him from the older years. But it went se well that we decided to not record the album, but tour a little more. But these last two years, we had some problems with the old management, so we just quit with our old drummer (Aquiles Priester). 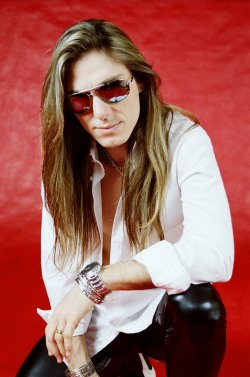 So, are you rid of the old management now? Is everything right?

Yes, yes, everything is OK now, we needed two years to solve our problems and it was time to go on for the new album.

It is really very nice that Ricardo is back in the band again. Can you give us some details of how did that happen and how did you agree about that?

Yes, we made some tests with other drummers, and with Ricardo as well. Ricardo was more convenient because he played in the band before and he knows how the band works, he knows the style of the band, he helped so the identity of the band was created in the past, so it was more clear and certain to work with Ricardo this time. That’s how we decided to invite him.

It is very nice that the climate in the band is great and you become family again. We’d like some words now for the new album called ”Aqua”. How long it took you to record it, production issues and what was the mood during the recordings, because I can sense that you all sound very relaxed this time and very confident. The album flows positive energy.

Actually we started composing the album in 2009, then we started composing our songs individually, I did mine, the guys did theirs and in the end of 2009 we were ready to unite our ideas. In January of 2010 we started rehearsing the new songs, to see what was created and what was the atmosphere. We had about thirty songs and we started seeing which ones were good and which ones weren’t working out good. So, in the end we chose twelve songs. It took nine months together with the mastering process and then we had the album released in August. Since you asked about the mood, the atmosphere inside the band was really cool at this time, because as you said, we had four years without an album, we were very excited for the new album and we chose to record in Ricardo’s farm. He has a farm in Sao Paolo,my hometown and we decided to do it there, in a quiet place, with no internet. Everyone was very concentrated on the album and I’ve heard some fans telling Angra is back now, we feel this difference. Everybody understood that the old Angra elements are back. The previous album ”Aurora Consurgens” was an album that many people didn’t fully understand, but this time, the fans that sent me e-mails were all happy and we are very happy too.

We’d like some details about the lyrics of the album, as it seems like a concept. Is it a true story, a book, did anybody of you get inspired from something else?

Actually the album is based in a Shakespeare story called ”The Tempest”. We decided to talk about the book because a friend of mine told me about this story and I thought that it combines elements of the history of Angra. It talks about an outcast, some fights, greed, power and freedom and we thought it suits us, because we had a fight with the old drummer, a fight with the old manager, we had our problems and now everything is OK, we solved our differences with the old drummer and the band is cool now. Also, inside Shakespeare’s story we have the word ”water”, the tempest includes a lot of water and everything in general is surrounded by water. Naming the cd ”The Tempest” would be too obvious and then we decided to see inside the story, we chose the main element which was water, so we decided to put the latin translation which is ”Aqua”.

In my opinion, the new album sounds very heavy, but it’s also very powerful and progressive, it keeps the latin energy of Angra, maybe more than any album you did in the past, it’s so fresh that sounds like Angra’s rebirth, not meaning the first album you did. Did that come on purpose or just came during the recordings? 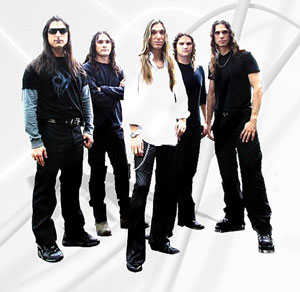 Thank you for your opinion, I believe you are right, we think that the people understood that this album is a new beginning. We spent four years on that, and in a time, we didn’t know about the future of the band, we’ve had our problems and the future was uncertain. So, as you said before, it was like a rebirth because we were finally eager to do this new album and we were really happy about that.

Could we have some words about your personal albums? Rafael did his personal album, Kiko did the same, you did the Almah album, how much did this help in the creation of ”Aqua”? Did you feel more relaxed after that?

I always composed many many songs, I take care of Almah which is more natural, as it is my band, but in Angra, I always composed songs too. In ”Rebirth” three of the songs are mine, in ”Temple Of Shadows” there’s three more, in ”Aurora Consurgens” it was around two, but I’ve always been composing but in Angra, we have many great composers. Rafael and Kiko are both great, Felipe is composing this time as well. So we had many many ideas to choose, as I told you before, we had thirty songs to choose from, because everybody composed and I was very happy because the guys chose four of my songs. And what makes me happier is that all these songs, I wrote them with my heart, so in a very important moment for the band, the guys showed me trust. This time I thought very carefully about composing because we needed to show the fans that Angra is back, so the songs had to be powerful and with the old Angra elements. So, ”Aqua” ended up to be half mine. Everybody made good songs in this album but we had to choose only a few, in the end we decided to put nine songs only.

What about the songs that were left out? Does this mean that the new Angra album could come a little earlier this time and not in four years?

Yes, actually the songs that we didn’t use we could use them for the new album. Everybody composed songs for the album this time, so there were many. Who knows, maybe we could start recording an album next year, maybe not. I wrote many songs but those not included on the album are not finished, so I will have to work on them again. If I make a new album with Almah, some of them will be included on this album, and I will leave some others for the next Angra album, we have many choices though, and time will tell what will happen.

Despite many fans prefer the past of the band, I must tell you that all fans in Greece never said a bad word for you and even the fans of Andre Matos, they all admit you do a great job. Does this bring more responsibility to you being connected to the past and the future of the band?

Andre did an excellent job in the past, but in this moment of time, I have more albums and years in the band than Andre. So, many new fans probably didn’t even know the old albums with Andre, they don’t have an emotional connection with him. For example a guy who is 18 years old, has witnessed the band with me as a singer. But of course the old fans that love Andre and it is something respectful. I never had problems with the old fans, we had a very strong connection all these years, I’m happy about that, noone can deny Andre was great, but what’s more important is music and Angra, so it’s all right since the fans still love the band with me as a singer on it.

We’d like to know which are the future plans of Angra and if there’s a chance to come to Greece, there was a frenzy about the band in the old years, it would be a pleasure to see you here again.

We are planning to tour in Europe in 2011, in February I think, I don’t know if we are playing in Greece this time but I would be very happy to do this, because last time I came to Greece I was completely sick and I didn’t do my best. I’d like to see some sights and learn about Greek History, see and talk with fans and have a great time in general.

Last but not least add everything you’d like to state and we didn’t ask you.

First of all I want to thank you for the interview, I want to thank the Greek fans for supporting us, I am looking really forward in coming and playing there. I wish that you will support our new album ”Aqua” and I hope to see you all on the road and have a great time. My regards to everyone!