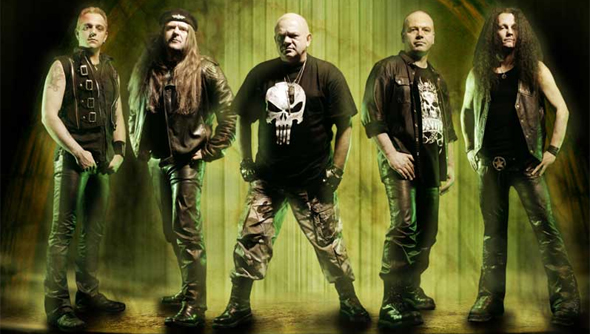 Just a few days before the release of U.D.O. new album “Rev-Aptor”, the frontman of the band Udo Dirkschneider talks about the vibe of the record and the new experiments of the band to some songs. On the other hand, the ex-singer of the legendary heavy metal band Accept, comments on the latest album of his ex-band.

* You can also listen to the audo format of the interview here. 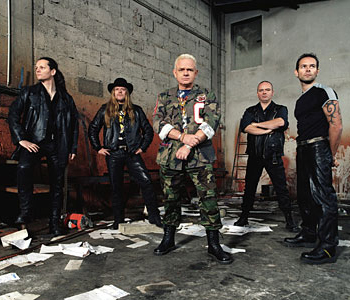 Hello, Udo nice to have you on board, seen that your new album “Rev-aptor” will come out in a month. What were your first impressions after finishing your work on it, only a short time after a great piece of work; “Dominator”?

We did a lot of things in a different way. The new album is better ruled; I mean guitar vibes, more written solos, more melodies on this one and I think the most important thing is that we tried to keep the sound very modern but also stay close to our roots. I think so far it has been great.

I’ve heard some new stuff in it. For example the song “Leatherhead” except from its true metal origins, has also some fragments of German industrial music, at least in my ears. Do you think so?

Yeah I think this is the best example. “Leatherhead” is a straightforward metal song but in a way this is a modern song and it shows everything in this album. It’s experimental but so far the reactions are very very good.

You will surely know -even if that’s not the point- that some people will wrongly compare it with Accept’s last record “Blood of The Nations”. For me, your path and Accept’s path are two completely different things…

(interrupting) For me also… (laughter)

Did you enjoy it or you didn’t have the time to hear it?

Yeah of course I enjoyed it, it’s a good production and a good album and I expected a good album from Accept. I mean they’ve had almost 10 years time to compose it, I wish I had that time, but it was quite a success and what can I say, they can be happy.

Ok, let’s move on.  Some people say that figures of the past, even legends, just like you, have to step down and give their place to new artists. Such words were heard about bands like Scorpions or Priest and even Iron Maiden, Saxon etc. What is your answer to such opinions?

Back in 60’s or early 70’s it was a difficult thing for a German band to go to the top. Scorpions were the first band to break this barrier. Back then, did you have any German rock bands who acted like icons to you or your friends? My favorites bands of that era for example were Eloy or City.

Who? I’ve never heard of them. At the time were so many german bands like Amon Duul but at that time the most famous band were Scorpions, I mean at the end of the 60’s already. 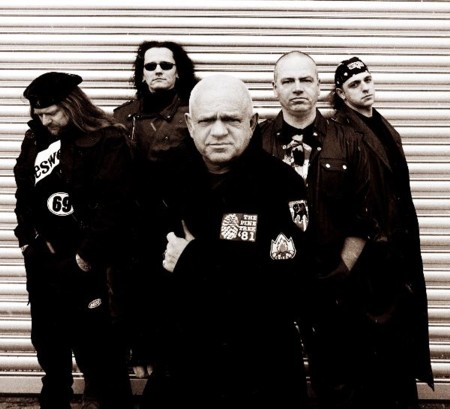 Do you think that there are some bands in today’s Metal Music that can have such an impact on metal fans such as Iron Maiden or Metallica made back in the 80’s ? The circumstances are totally different now, some people, including myself, suggest Slipknot or Mastodon. Can you suggest a band?

There are a lot of great bands out there today, I always forget the names. There is a new theme around, but they always come back to classic metal stuff. There is a new generation of people hearing this music, but there are bands that are in a way very big, again.

Anything in your whole career to remember and to regret?

There have been a lot of mistakes, but I learn from mistakes, and I would do the same things allover again if someone asked me.

There was one particular thing that caught my attention througout your career; that song along with Doro Pesch, “Dancing With an Angel”. How did that come up?

I’ve known Doro for a very long time, we are in a way very good friends and we always wanted to sing a song together. “Dancing With an Angel” was the right song that we could sing together. Our vocals worked great together. What can I say, “Dancing With An Angel” is a love song.

The tour is about to begin in a few days, what can your fans expect?

It is begin in S. America, we’ve never been in Argentina or Chile. We will appear in many festivals accross Europe until the end of September. Of course we’ll put new songs in there but it will be a very good mix-up of old and new U.D.O. stuff.

Do you have a message to the fans?

What can I say to the fans in Greece… We haven’t come to Greece since 2004 but we’ll try to be there in the next tour. We’ll sure keep on rocking!

Ok, nice talking to you, UDO and may I wish all the success on the new album and the tour that begins in the end of the month.