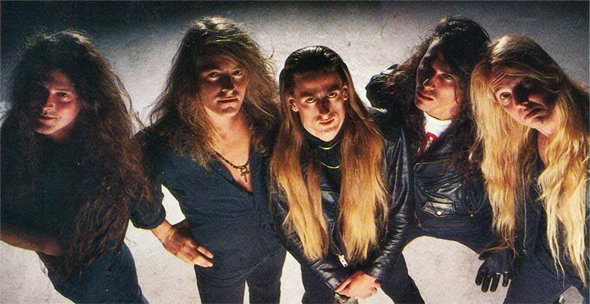 Legendary Sanctuary are back and Warrel Dane talks with Metalpaths about the reunion, the upcoming shows and the new album that’s coming.

So Warrel, Sanctuary are back. How do you feel playing again with these guys after all these years? Does the chemistry still exist?

The chemistry is still there. We are having a lot of fun doing the rehearsals, playing the old songs and we are gonna play all the songs people want to hear I think. The new songs turning out great and it’s nice to be back in a room together with these guys you know, we played years ago it’s just fun and that is the best part.

Fans are so excited to see you performing around the world how much responsibilities does that brings to you and in which way are you going to correspond to these responsibilities?

Ok, I think it might be a little bit of pressure on us because we know that people have been waiting for years for us to play again. However it’s all coming out very naturally and we are already playing so well together which is just so perfect. We are really not very apprehensive on how people gonna see it because we know we are gonna put on a great show. I know that after all these years people are really excited and the thing is that we are really excited as well and what we are gonna do is to put the best metal show we can do. 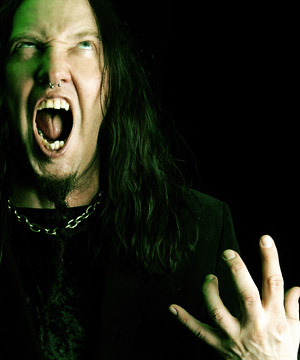 Sanctuary have always being acknowledged as one of the pioneers of the US Metal after the mid 80s. In which way were you influenced back then and how did you feel for the fact that main bands have began their career because they wanted to became as glorious as Sanctuary?

(Laughing) That is just flattering to look up to us…

…Back then, starting out, we were listening to all kinds of music. Of course we loved Metallica, we loved Black Sabbath, we loved Iron Maiden, we loved Judas Priest but we all were in just a need to end like Kreator and Destruction and a lot of European thrash and everything back then. So I think that’s where we came from, we all listen to metal but as we grown up we started listen a lot of different kinds of music. Back when we were kids, we were all listen to metal and perhaps I guess our legacy is that we were Metalheads. It is great that, you know, that Sanctuary inspired people. That’s the things we asked for, that is just, you know, such a great compliment when people say that our band inspired them.

Well, yeah, that is true and the thing is that this stays that way after quite a lot of years.

We have been told that Sanctuary is your number one priority now compared to Nevermore. After the tour is over will there be any plans for a new album or is it being made just to see if the fire still burns inside the band?

It’s all, you know, time management at this point so yeah, the focus is on Sanctuary right now and it should be, because the new songs have to be up to par with the old ones and we are taking steps to make sure that this happens. We are really rehearsing hard and writing very hard and focusing on everything to make sure that it is the best it could be right now.

We know that you and Jim were acting with Nevermore all these years what were all the other members doing all this time and how did you get in touch again?

The other guys played in some different bands but never really, you know, got a record deal or did anything with it. You know, when the break up first happened, we weren’t friends for a long time. We didn’t talk to each other and that’s when Jim and I were doing Nevermore we just kinda forgot about it. But over the years people grow up and you change. We started talking again with those guys, we’ve seen them out at parties sometimes and you know we got back to being friends again so we decided to… Fuck! You know, why not try to make some more music and why not to lead in something good… So that’s what we did.

I see… so basically is what usually friends do; they meet up again after a few years, they shoot again and do their thing actually, right?

Yeah, that was exactly what happened.

You previously said that you listen a lot of music and your taste varies a lot. Will this going to bring new elements to the music of Sanctuary or will you try to keep it as in the old days and bring back the traditional American metal sound?

Well, I can tell you this match the new songs sound like something natural that progressed from… into the mere of black. These songs are very very fucking heavy and some of them have, you know, prog elements. Some of them have thrash elements, some of them are even a little bit of doom, maybe… Slightly, but it still sounds like the old Sanctuary and you know, we are not gonna pull on Metallica and sound like a load record or something so…nobody has to worry about us changing our sound.

We can hardly wait after hearing this… So, describe us the experience of the first live show you did after the reunion and if it went just as you have planned. 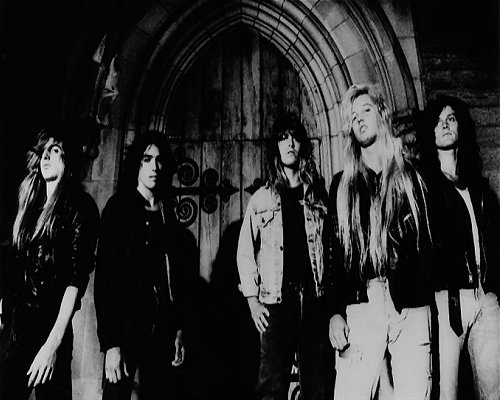 Oh boy, hmm, We played the fist show in Seattle, and was in one of the most famous clubs in Seattle called the “El Corazon“. We were all really really nervous but we’ve been rehearsing very very hard. After the first half of the first song, we were totally into it and it went so well and we realized we were stupid for being nervous. You know, the crowd went nuts and afterwards some of the people there are old friends and were like; “You guys are better now than you were 20 years ago” so that was encouraging. You know we are a lot older and a lot wiser and not as drunk as we used to be (laughs)…and that is maybe the fact that we are playing so well together again..

Yeah, that might have helped a lot (Laughs)… You have been to Greece many times but your first time was with Sanctuary supporting Fates Warning. How do you feel that many fans in a country that you are very beloved, will have the chance to see the show and what can you tell to them to prepare maybe the ground for it ?

Well, you know, Nevermore has played in Greece many many many times and we just love playing there because the Greek Metalfans are some of the best in the world!

Yes, because you are all crazy! And that’s a good thing. Some of our best memories from Sanctuary were, you know, coming to Greece for those two shows with Fates Warning. We had such a good time and we are still really good friends with the guys in Fates Warning and we just had a great time to those two shows. I remember, Sanctuary and Fates Warning were on a train coming from Germany and we had to drive. The train had to come all the way through to Greece and that was the most crazy surreal experience I’ve ever had. We went through Yugoslavia, and that was the time when in Yugoslavia was in a lot of tremor and the train would stop, police would come up and check our papers and oh…it was kinda scary..

Yeah, but this time we are flying and we are gonna be ok! (Laughs). Anyway, all the guys in Sanctuary do remember those shows and you know, Jim and I, we know everything that happened and with Nevermore and we are excited and the guys are so looking forward to it. Lenny and Dave are really excited to come back to Greece after so long and we are going to give the best show that we can give and I know that the Greek fans are going to be the best that they can be as well..

Tell me .. How much talent is it to use the high pitch vocals after so many years that seems locked in the attic of your mind?

Well, it wasn’t easy and I was a bit apprehensive about it at first thinking like “Oh Gosh, can I still do this?” and it just takes practice and I started practicing, doing it a lot and at first it wasn’t so good. However, a week later it got better and the week after got better cause when you do that kind of high pitch singing, you really have to be consistent and you have to be all the time to keep your voice to that place.

It surely needs practice but we can’t take out talent, someone needs to be talented as well..right?

I can only guess so.. yeah. It is still there, I guess I still have the talent.

Ok Warrel, we wish you all the best for the future and we hope you’ll stay with us as much as possible. Can you leave us with some last words for this conversation, a message maybe or something else that pops out from your mind?

Ok…To all the fans in Athens; Prepare for the metal on slaughter, the battle is still raging. Sanctuary still burns!