For their first time in their long history, the Finnish grindcore act Rotten Sound are about to visit Greece. We had a chance to have a short chat with the bassist of the band Kristian Toivainen and we present you the band only a few days before their upcoming live show.

First of all we have to tell you congratulations for your latest album ”Cursed”. It’s been a year since its release, so what is your opinion about it and which were the reactions of the fans compared to the previous albums?

I still really like the album and the reactions and reviews have been great. I haven’t played on previous RS albums, so it’s hard to compare the reactions but I think people have liked the rawness and more versatile stuff. There always people that like Murderworks and Exit more, but that’s so different kind of stuff compared to new Rotten Sound. 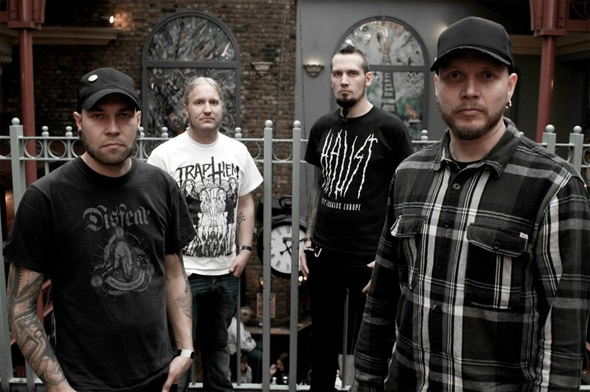 Rotten Sound were created almost two decades ago and now, in the year of 2012, they are considered one of the hottest names in the whole extreme scene. Looking back, do you feel a little sad that this response didn’t come earlier, or do you just enjoy the latest respect the fans show at the current moment?

I guess “Exit” was the album that really got the band up but there’s also new fans showing up at shows. I think the older members of the band are really happy about the situation at the moment.

You come from Finland, a country that has offered many groups to the metal scene through the years. We’d like you to mention some of your favourite Finnish bands of the past, despite the genre, and if you see any bright future to the scene of your country.

I’m really sorry to say, but I don’t follow Finnish metal scene that much. There’s some old shcool death metal and hardcore stuff which i like very much, but otherwise my influences are from other countries. Of course I go to see local band’s every now and then, and I think that the quality is pretty high on Finnish bands.

I was very lucky to see you in 2010’s Brutal Assault in Czech Republic. I cannot forget the statement of yours to the fans to go and see Napalm Death because without them, Rotten Sound wouldn’t exist as you said. Apart the legendary English band, which other bands made Rotten Sound what they are today, as an influence of course?

Well, there is so many to mention. I know Mika was really blown away by Extreme Noise Terror when they formed Rotten Sound, but the influences are from many old metal/hardcore bands (Carcass, Brutal Truth stuff like that).

You are visiting Greece for the first time. How does it feel each time you go to a new place? Is it a challenge for you to play better? Or do you just enjoy it and play as loose as you can? I also know that the guys in Rotting Christ admire you a lot. Which is your relationship with the most famous Greek metal band? 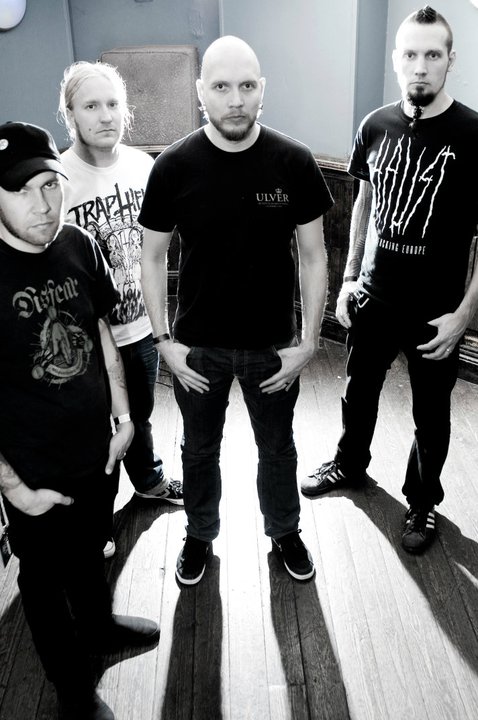 I am really excited to coming there, it’s always cool to visit places you haven’t been before. We always try to put up as good show as possible and I’ll hope that Greek people can push as even further. Yeah, I know that RS toured with Rotting Christ around Murderworks album. I also saw them at Neurotic Death Fest where they played after us on the same stage.

What follows next for the band? Is there going to be some more touring, including summer festivals? Are there any ideas for new songs? The fans are used to your legendary EP’s, so will we have another one or will you just focus on a new album when given the chance?

We are going on a European tour in couple of weeks with Exhumed and Magrudergrind. We actually have some song ready, so we are going to release an EP at some point. Then we are going to focus on a new full length.

Thank you very much for your time in answering these questions. We wish you all the best for the future. Leave a message to Metalpaths readers and Rotten Sound fans around the world and last but not least, tell us how do you see the future in metal music from now on.

Thank you very much, hope to see you at the show! I think the underground metal scene is going on strong also in future. Hope to see new great bands from Greece too!