Morbid Angel: One of the most innovative death metal bands in the history of this genre. They’re about to visit Greece for two live shows and Metalpaths.com had the chance to talk with their original frontman/bassist David Vincent on the phone. Let’s see what he said to us…by John Savvidis

* You can listen to the audio format here.

Good evening man. How are you doing?

Doing great! So you have been recently participated in really strong billings touring all over the world witch acts such as the Swedish Grave, Necrophobic, Dark Funeral last year. This November we have one of the strongest extreme metal tours of the year with Kreator, Nile and Fueled By Fire. How’s the tour going so far?

Well we just finished the North American tour, and I have exactly one week which is almost gone, and I fly to Europe on Monday. 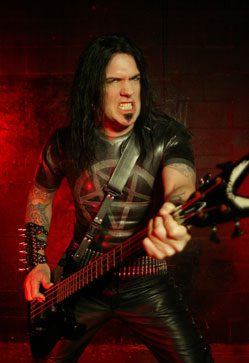 Your latest album “Illud Divinum Insanus” came out in early June last year. All this time, what are the fans’ reactions to the new album and what kind of feedback do you get performing songs from that album live?

Well, we’ve played, um… how many we’ve done… 3 songs from that. You know, I tell you it’s difficult to put a soundtrack together for a show, because we have so many records to choose from and so many songs that we have to play, so many classic songs. But we get some really good reactions from the new stuff live and more and more people are coming up, you know, maybe it took a while because there was stuff that was kinda different on it.

That sparked some controversy, I know. And as for you Dave do you personally enjoy touring more than jamming/recording new material in the studio?

Hmm… that’s two different things you know. I like each one of them. For me it’s fun being in the studio and being creative and trying things but it’s also fun performing music and seeing people with a smile on their face enjoying what you do. So it’s the same coin that it’s like you know heads or tails, so that’s two different sides. And I like them both equally.

So just to stick to the live issue, as I’ve seen your setlist apart from the classic songs from the 3-4 first albums, includes for the first time “Bil Ur Sag”: a song from the Steve Tucker-era of Morbid Angel. Tell me what lead you guys to that decision. If I’m not mistaken it’s been quite a few years since you guys played songs from these albums.

Well, again, the more records that you put out it becomes increasingly difficult to select a setlist within the time constraints that you have. For example, now this tour that we have coming up we have about an hour set so the promoter suggested to do a completely old-school set, like the favorite songs from the first four records. Even that’s difficult to do. Because if we play this one and we don’t play the other one then inevitably someone will come up “oh I wish you would have played this song from that album” and I’m like “which songs would you like us to replace?” and they can’t answer that. Look, you know, I like all our songs we could go out and play for 4 hours and still not play all the songs they want. I think any band that has a career as long as Morbid Angel’s probably must face the same challenge. 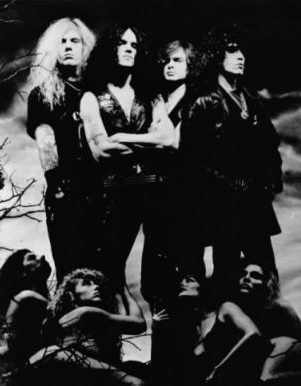 Speaking of Steve Tucker, have you heard his new effort with Nader Sadek called In The Flesh?

I’m familiar with it but I haven’t heard much about it.

Have you generally kept in touch with today’s death metal scene? And if yes, which band or bands have set themselves apart from the rest in your opinion?

Well to me personally, I’m a really big fan of Septicflesh! They’re easily probably one of my favorite bands right now. I also like the new Gojira and I also like Fleshgod Apocalypse.

Back to Morbid Angel, it’s been a year since your original drummer Pete Sandoval came back from his back injury. How is he going so far? Have you kept in touch with him?

You know, he still has some challenges. Obviously it’s our hope that he continues to get better but at this point Tim Yeung is the drummer of Morbid Angel and he’s doing an excellent job.

Have you left the door open for Pete whenever he feels he can perform at 100% can come back?

Well we haven’t really discussed it cause it’s has not been the case yet.

Let’s talk about the shows here in Greece. What are your memories from the last time at Rockwave festival 2008 and generally from playing live here in Greece?

Well I love it! The Greek fans have been immensely supportive of Morbid Angel over the years you know. I wish we could get there more often quite frankly I like the people, I like the culture, I like the history, I like the food… what more can I say? It’s a wonderful place and I’m excited that we’re getting to come back and it’s always an honour to go in any country and to be able to perform and, you know, share music.

And such a killer package with Kreator and Nile…

You’ve also stated (I don’t know if it was you or Trey) that Nile are the leading light of Death metal. 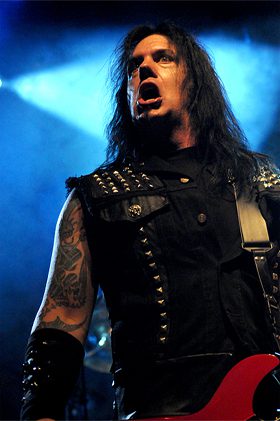 Well you know, again, we’ve been friends with these guys for many many years. They’re very creative they’re great musicians you know George Kollias is right there amongst the best drummers in the world and you know these are all really good things.

So what can the Greek Morbid Angel fans expect from your live perfomances?

Well, I mean anyone who has seen Morbid Angel knows that we deliver the goods every night. And they can never expect anything less than absolute supremacy for Morbid Angel.

Sounds really promising. What are your plans for the future?

Any new ideas for a new record? Maybe some new riffs here and there?

You know, we don’t talk about things until they originally happen. But we always have new fresh exciting and big plans for the future. Right now we’re obviously concentrating on this tour and we’ll be going to some places we’ve never been before. I’ve never been to Turkey before, it’s gonna be the first time we’ve done a Turkish show. Again we’re going out and we entertain people with our brutality.

Nice. That’s the best thing to do. Dave you’ve been around with Morbid Angel since 1989 and “Altars Of Madness”. Is there something you’d like to achieve and haven’t achieved yet?

I think world conquest is always an order. But you know for me, I’ve said this before but it’s so true: when I wake up in the morning and I get to be me another day, I get to share my music with people, meeting new people, taste new food or whatever it is that happens that day, that exciting stimulus of that day leads me to the next. And I’m thankful for every day that I have.

I’d just thank you for the interview man and again we’re really looking forward to coming back to Greece. It’s a very special country with unique history and awesome fans and we’re happy to be able to visit you guys once again.

See you in November thanks a lot for the interview it’s been an honour.

Awesome man thank you so much. Goodbye.