“You don’t survive thirty-plus years by putting in anything less than 100%.” 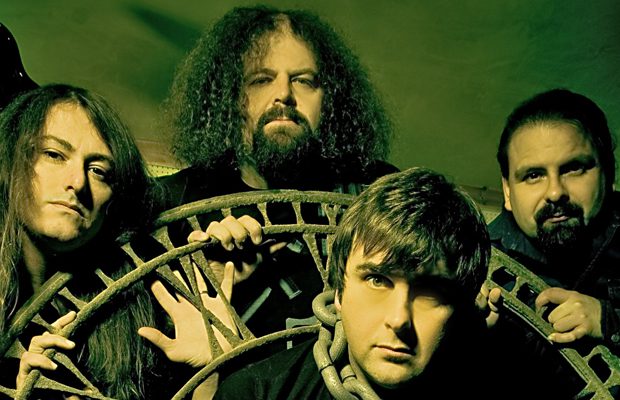 Less than a month before their upcoming performance in Greece and Heavy By The Sea Festival, Metalpaths grabs the chance to talk with Mark “Barney” Greenway;  the vocalist of the legendary pioneers of extreme metal Napalm Death. Barney talks about the last full length album of the band “Ulitarian”, the splits with Converge and Warfare, underground scene and the social crisis of Greece. Regarding their upcoming appearance in Athens on July 1st, Barney promised a “nothing less than 100% speed-attack” show!..by Kostas Tsotsanis

Greetings From Greece! Where do we catch you right now?

Greetings from sunny USA. We are on the Decibel Magazine tour and it’s ticking along nicely.

The band has been greatly active during the last years having produced a full length album and two splits. Have the worldwide social crisis, which surrounds us, inspired you to write more music?

To an extent that those to blame for inflicting misery upon people never answer for their actions, and that those who hold all the power have manipulated those who don’t for far too long, then yes. We would write music anyway, but these things are something of particular importance and relevance to speak about, I believe. 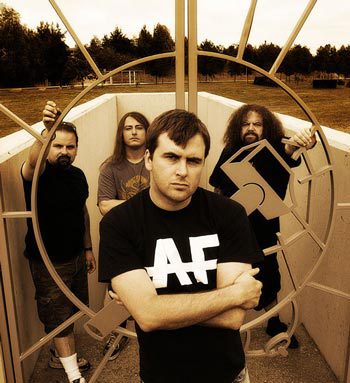 Your last full-length album’s title was “Utilitarian”. Do you feel like people are always looking for a benefit in their lives, even if they have to hurt other people? Is utilitarianism a negative element of humanity for you?

Utilitarianism is interesting because it’s a philosophy that spans the spectrum – from the philanthropic to the entirely self-serving. So, of course it’s a positive for me in the former case and a negative in the latter. But somebody else of course could give the complete reverse answer on that one. Yes, I do believe it’s a natural instinct that people look for their lives to be “improved” while they are alive on earth, and generally there’s no problem with that for me as long as it’s not at the expense of others. I’m both an individualist and a humanitarian, so I would consider collective welfare and the consequences of my actions, whereas somebody who doesn’t care to consider certain consequences of their actions would just automatically act upon their desires at any cost. 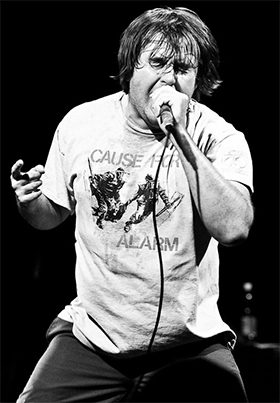 Are there any plans for a new full-length record or are you focused on touring?

We talked about finishing the recording of the next album around the middle of next year. I don’t have any more specific details than that, but we’re going to try and record it in 3 sessions to get a bit of variable production and attack rather than setting the studio desk and just recording everything at one setting. We have tons of live stuff to do. I’m particularly looking forward to our date in Kazakhstan later this year. I’m not sure if any other Western band has been there, though I stand to be corrected on that one. It’s a great feeling, as always, to be going to a new place.

The band counts around 30 years of existence and you’re still one of the favorite bands for those into extreme metal music. How do you feel about it?

It’s very flattering, obviously. But consistency is the hardest thing – to follow up an album that came out really good with another album to match it or to keep playing live shows that are vibrant and exciting. Some bands I think try to live largely on their past triumphs but it’s a mistake to be complacent. Besides that, there is no desire in the band to soften our sound or anything, which for me would be the end of Napalm. You don’t survive thirty-plus years by putting in anything less than 100%. 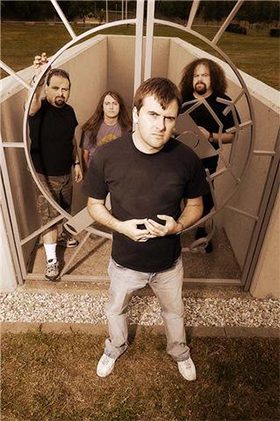 What is your opinion on today’s new underground metal bands? Which ones are you picking out as unique ones?

I go through periods where I don’t feel the need to listen to music. Not that it means any less to me overall, but I almost have some kind of natural break from it for a while. That’s basically what I’m doing at the moment and will go back to it with fresh ears sooner or later. So, honestly, I haven’t really heard anything at all for a while. Last things I heard that blew my mind…Parlamentarisk Sodomi…Nails…Retox…Gaza.

Within two years, you have produced two splits, one with Converge and one with Insect Warfare. Is there any other band you’re interested to collaborate in the future?

Well, the Insect Warfare split was entirely Earache’s idea – we didn’t have anything to do with that and actually neither band had any idea it was happening! But we do have one coming out imminently with The Melvins, also. There is always a multitude of possibilities for these things, as we are a band that fits into many flavours of extremity. Would love to do one with maybe somebody classic like Los Crudos or, on the more ambient side of things, Swans perhaps. 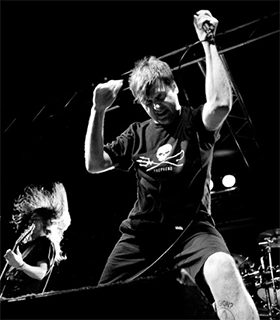 Napalm Death was always aiming on criticizing social phenomena. What is your opinion on Greece’s financial and social crisis?

As anywhere else, those with the wealth of power play with the lives of people who have no means to stop them from doing so. Of course, I have seen some of the entirely ludicrous media coverage alluding to the Greek people being responsible because they didn’t work hard enough – the usual irrelevant stereotyping and bullshit. And naturally I would urge people to ignore the absurd and inhumane propaganda of Golden Dawn and suchlike. It is worrying that with them and in other places like Hungary – which are not too far away – that we are seeing a rise in fascism which runs quite close to events in Germany in the 1930s. For the welfare of people universally, we need to look again to more collective forms of welfare which help to avoid people being left to starve. And of course which aren’t discriminatory.

In July, you are playing in Athens, along with Slayer, Down, Kvelertak and Rotting Christ. What should the Greek metalheads expect from your performance?

They can expect a no-less-than-100% speed attack!

What’s next for Napalm Death?

We are still on tour in the USA and Canada, and then it’s festival season in Europe. The European gigs can be like a bit of a summer holiday, but we’ll still be giving it everything.

Last words are yours…

Ah, always the toughest part of the interview (laughs). Thanks to everybody for your support and look after yourself and others around you.