“This is the biggest misconception of this project. There is no band by the name Nader Sadek. Nader Sadek is just me, the project starter. The whole project was my vision.” 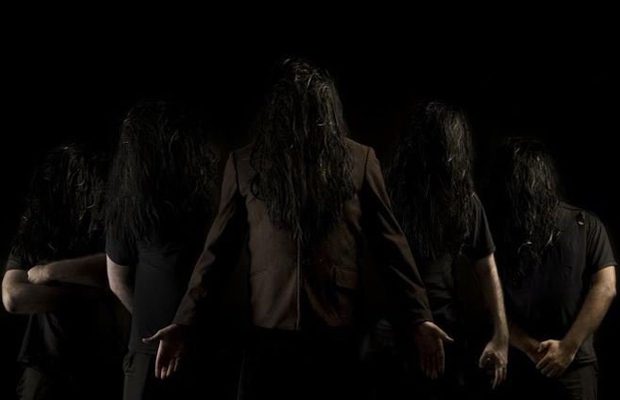 Nader Sadek: The all-star Death metal band that made a great debut album “In The Flesh” 2 years ago and released the DVD “Living Flesh” some time ago. Metalpaths had the chance to talk with Nader Sadek himself (lyricist) and Rune Eriksen (a.k.a. Blasphemer, ex-Mayhem guitarist) about this release and the band in general…by John Savvidis

Hello Nader! You are well known for being the live show partner of Mayhem over the past years. So tell us more on how you alongside with Rune “Blapshemer” Eriksen, Flo Mournier (Cryptopsy), Steve Tucker (ex-Morbid Angel) and Novy (ex-Vader) met and decided to form a band under your name: Nader Sadek 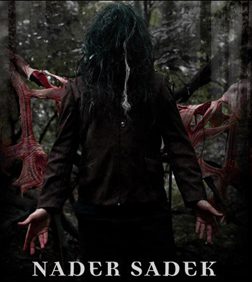 Hi John. That’s the problem and the biggest misconception of this project, this was never a band. Unfortunately it had to be marketed as such. However, there is no band by the name Nader Sadek. Nader Sadek is just me, the project starter, if you will, among many other things of course, the whole project was my vision. I had picked each musician for a very specific reason. At first all the musicians were skeptical as they were at the time not fans of each others bands.

How does it feel to be working with such great extreme metal musicians?

It was really great, however it did get frustrating to schedule recording, and events such with everyone having such a crazy schedule and living so far apart.

Which were your main sources of inspiration?

For me it was the concept that dictated how the project went conceptually.

Who takes care of the lyrics in the band? Is it a result of team work or some individuals’ vision which is turned into music by the rest of you? 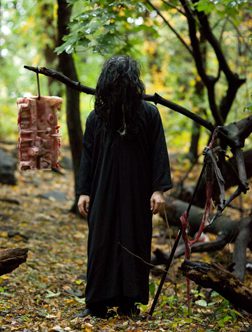 I put down a theme, and the lyrics are meant to reflect that theme sometimes cryptically, and some times directly.

You released your new DVD “Living Flesh” about a month ago including your first live show ever. Which was your part in that live show and would you expand it with a tour or something like that?

Nothing is planned so far as far as touring, this is why its important to release this, becuase it will be very hard to do full tours. so we wanted people to get a chance to see how the album is performed in a live setting.

As for you Nader, you recently presented an exhibition called “Living Flesh” where you put the classic Mayhem logo made by your own skin along with the masks used by frontman Attila Cishar. Do you think it shows the bonding between you and Mayhem?

No I made a limited edion version of Living Flesh out my own tanned flesh, the Mayhem logo is made with silicone and was used for Mayhems 2009 tour in the US. Attila and I are friends and enjoy our collaborations.

Hello there Rune! Tell us how you started working with Nader Sadek, how did you two get in touch?

Well, basically it all started when I got an email from Nader back in 2010 where he asked me if I was interested partaking in this project he had going. After a short introduction, expressing his ideas related to the coneptual side of it and showing me some music that had already been done, he asked if I was up to the task of joining. He knew my works 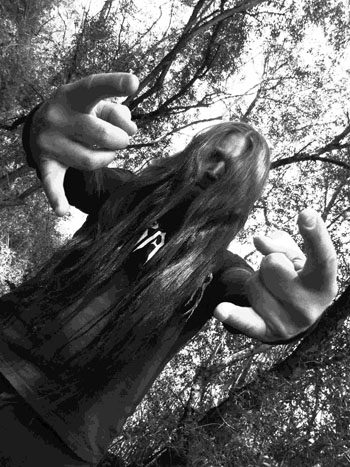 from my period in Mayhem and thought I’d be a good fit for the project. That’s how it started as far as I remember…

What attracted you to Nader Sadeks Work and did you work together when you were in Mayhem?

I was immediately impressed by the concept behind “In The Flesh”, as I felt it had a different approach, not only for Death Metal but also in other artistic terms.
I also learnt to know that he had done several interesting pieces/collaborations for other artists and also, as you state, for Mayhem. However, the collaboration between Nader and Mayhem was after my departure from the band, so I had no part of that…

Which were your main sources of inspiration for Nader Sadek musicwise?

On that album I was kinda given clues” by Nader on what to draw inspiration from during composition. The whole idea was based on fuel/machinery and dare I say “an engines roar”, so I guess that was some of the inspirational aim here. Besides this, the obvious task was in fitting my material into a more Death Metal style/scenario. That worked out pretty damn good in my opinion. I used to be a huge DM fan in my teenages as well, even prior to BM, so i guess it runs in my veins. 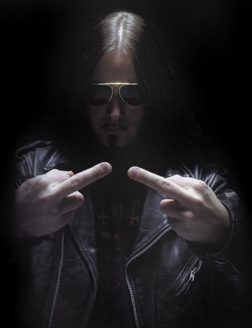 You’ve left your previous band and Black metal legends Mayhem to form the symphonic metal band Ava Inferi with your wife fronting them. Was it a need for you to express something different from what you did with Mayhem? Were you feeling limited by the general field of metal in which Mayhem belong?

Yes, I guess you can say that. After OAC I knew the time had come for me to exit. It all became too negative and my artistic vision with the band had left me with that album. I wanted to focus on something more positive ..kinda, explore more territories, to be more free. I am a musician, a medium for music above all, and when the “fun” goes out of the thing im doing, when it gets too crammed with negativity I feel the need to move on and forge a new path. All my best material has been born in positive environment. Thats where I swim the best…