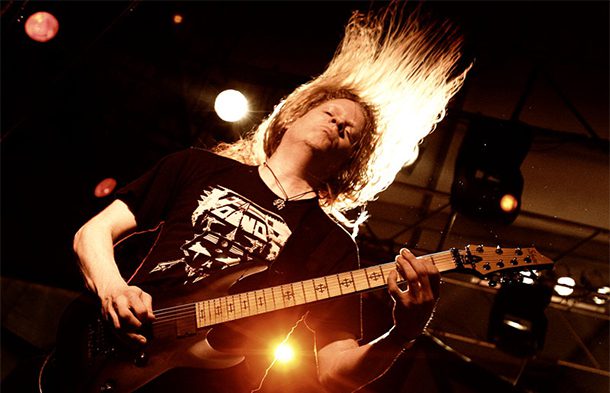 On April 14th after Jeff Loomis Band‘s show in St. Louis, the tour bus was stolen making a huge financial damage to the band which is now difficult to continue touring. However, according to the official announcement of the band, they wouldn’t like to cancel the tour and they have set up an account for donations in order to avoid the cancelletion of the rest of the tour.

Read the official announcement below:

“Last night after our show in St. Louis, our tour van was broken into as we were grabbing a bite to eat before our drive to Dallas. We were parked in a well-lit area in front of the restaurant. In the ten to fifteen minutes that it took for us to order our food and eat, all of our personal items such as laptops, cameras, musical equipment, cell phones, passports and money were stolen. We came outside to find the lock on the driver side door popped out of the van, and promptly called the police. A report has been filed and the van was fingerprinted, but the leads don’t seem promising. The police stated that this is apparently a common occurrence in the area. We are all in disbelief, but are very fortunate for everyone to be okay.

After discussing the situation as a group, we would like to try to continue on with this tour, but to be able to do this, we will need your help. We have all taken a huge hit financially, and we cannot continue on without some sort of support. We have set up a paypal account for any amount of donations to assist us for the duration of the tour.

Below is the PayPal e-mail to make donations to.

Any and all support will be greatly appreciated.