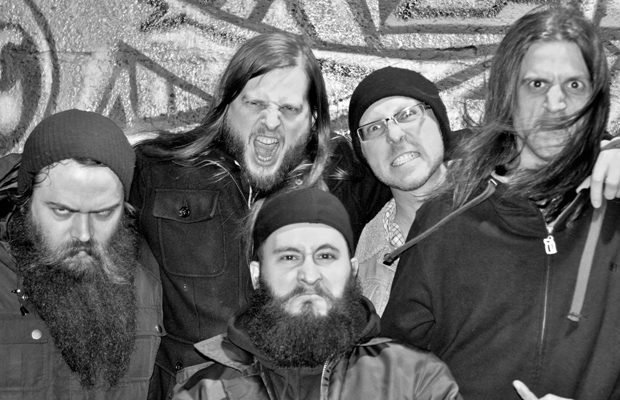 Regarding the release of their latest record, Dawning, metalpaths had the chance to talk with Dave Mann about the new record, their touring’s experience and much more…by Kostas Tsotsanis

First of all, congratulation on your latest record. Dawning did some impact on the music scene and is considered a strong competitor for the best post-metal records of the year. Tell us a few things about the new record and the recordings.

Well, this is the first record that we recorded ourselves. Steve Brooks runs his own studio now, and we decided it would be best to handle the project ourselves. These songs were a pleasure to write, and recording them was equally as satisfying. The songs have a bit more of a hopeful feel, which is a reflection of all of our lives being more together. happy people= better music.

Honestly, I have to ask; who did the excellent artwork of the record(mostly seems like a painting to me)? It is really remarkable. 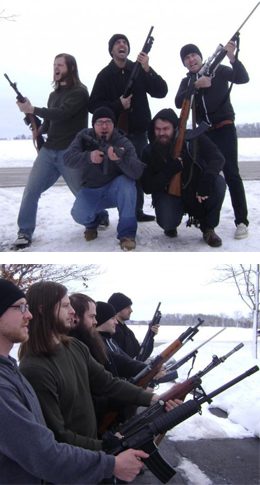 What is important for Mouth of the Architect when you create music?

We like to write songs that we find interesting. Also, not to sound like everything else and to progress with every album.

Are you supporting DIY in music? I have read that you usually record and produce the records by yourselves.

We try to do as much as we can by ourselves. We print our own shirts, recorded our last record ourselves, and manage ourselves. In the U.S. we also book all of our own shows.

Among your previous records, which do you think is the most important in Mouth of the Architect timeline? Which record determined you the most as persons?

All of them are important and represent different periods in different people’s lives. Each of them represent all of our personal struggles and successes, and we have had a lot of people in and out of the band. We all contribute to the writing process, so each person’s character is represented in the music.

Musically speaking, you try to mix post metal with elements of sludge, a recipe which was followed by many bands in the last years. The post scene is growing bigger and Mouth of The Architect is a major part of it. Comparing to the times you released your first record, do you think the underground music got stronger?

Overall, the underground scene as a whole is getting stronger. I feel this is because people will always like good music, and easily get tired of mass produced crap.

Tell us a few facts about the line-up changes. With only two founding members in the line-up since Quietly, how good is the chemistry between the band’s members inside the studio and on tours?

The chemistry with the current lineup is amazing. we are all good friends, we have all been doing this for a long time, and our tastes in music are all very similar. Many of the changes in the past we either fill ins, or short term members. however, there were some problems with some of the original members which ultimately resolved themselves. I am very happy with the current state of the band, and it is much easier to continue being a band under these conditions.

You just finished your tour in North America and you are currently touring in Europe. Tell us about your experiences in the tour.

The north american tour was amazing. intronaut is good friends of ours, so playing with them for a month was awesome. The europe tour is almost over, and has also been amazing. It has been exhausting being on tour for two months, but i wouldn’t trade it for anything. Life is good when you can do what you love to do and also get to see the world and meet awesome people.

During the tour in North America, you supported Intronaut along with Scale the Summit. Are there any plans for further touring with Intronaut in the future? Or maybe a split record?

We have toured with intronaut a number of times over the years. A split record would be awesome, but unlikely. I am sure we will tour with them again, but when- i do not know.

Joe Lester is a close friend of the band and has joined forces with you in The Violence Beneath. Have you ever considered in having Joe playing with you full-time and not only for one record?

We definitely considered that at one point. the problem is we live a two days drive apart, and having to compete with intronaut’s touring schedule wasn’t very desirable. It also gets very expensive flying him out for tours. That being said, he is an amazing person, and a wonderful bass player and we all love him very much. Any opportunity to work with him in the future is high on the priority list.

As a fan, I would love to watch a show of yours in Athens. Are you planning to visit Greece in your current tour or in the future ones?

We have never played Greece. I would love that. It is all up to the people that book these tours where we play, so please someone book us in greece! The more places we can play music that we have never been to- the better!

Which bands do you wish to play with and tour in the future?

Any bands that truly play from the heart- regardless of the style. We love good music and good people, and when those two things meet and you get to spend time with them on the road, it is truly magical.

Are you planning in making another record in the future? Tell us what future plans Mouth of the Architect have in mind.

Yes! After this tour we are going to start writing right away. Our plans are to keep doing what we do, and try to do it a little better each time.