Mouth of the Architect
Dawning 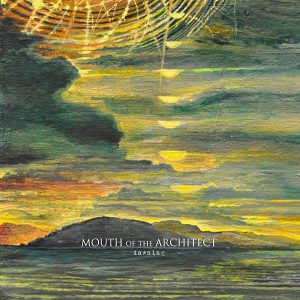 Music was made to accompany someone and express him during good times and difficult moments. It was made to surround feelings and moods, becoming one with the listener as he travels through a record. In my opinion, atmospheric sludge/post metal is one of the greatest and most expressive music styles I’ve ever had the chance to dig in. As a result, I always find time to listen and support the scene. Mouth Of The Architect has always been one of my favorite bands. Coming from the United States of America, Mouth of the Architect has a busy history in the music industry with four full length records and an EP. The latest one, ‘Dawning’ is the subject of the current review.

‘Dawning’, is a total atmospheric, post metal holocaust, with sludge elements. The band takes the experimental mood and combines it with slow, heavy riffs along with screaming vocals. The outcome is a record, full of emotions, expressing various feelings such us frustration, sorrow, melancholy and anger. The record numbers six tracks and moves within the same pattern of music in each one. This fact would get the listener bored in any other record or band. However, ‘Dawning’ will thrill even the most demanding fan and must be listened as a whole and for a reasonable matter of time. It is a record that needs a lot of attention.

In details, every song contains unique moments. My personal favorite is ‘Lullaby’, the opening track. Especially in the very first moments, the band begins the record powerfully. The vocals are one of the best elements of those songs. In every track, the music progresses slowly, between aggressive and slow, melodic parts. ‘It Swarms’ embraces some post-black elements, while the sludge influence is quite visible in every moment. ‘Sharpen Your Axes’ contains beautiful guitar riffs and it is a dynamic track before ‘How This Will End’, which lasts twelve minutes and flows the listener into the world presented in the front artwork of the record. ‘Pattern’ too. I strongly believe that I fancy every moment of the record, without any exceptions.

After some record research, it turns out that Mouth of the Architect continue their positive career. However, they haven’t reached their peak yet .At this time, this record hasn’t taken the best out of them. Listening to their past records you can find similarities in the songs and some repeated motifs. Regardless of those particulars the band’s goal is already achieved; to touch the soul of the majority of the music fans that came upon their records.

The band’s recent tour with Intronaut proves the fact that the band is growing bigger and bigger. Mouth of the Architect is stronger than ever, currently touring in Europe and in USA (in August). Along with Cult of Luna (they are quite similar in music style), the band is considered one of the most influential in atmospheric post metal scene.