After we headbanged like crazy to “From Beyond”, it was high time to have a conversation with these established Swedish metal maniacs on their brand new record! Metalpaths was given the chance to do so, with Olof Wikstrand (guitar/vocals), addressing issues concerning the bands’ route so far, his unconditional love for Greece and much more. Crank a beer and enjoy!

Good afternoon Olof! Your new album “From Beyond” came out about a month ago. What do you think now that the record’s done?

It’s quite relaxing. As a musician you’re processing the material, to the point where you put it on a disc player and you feel “Fuck it’s done and it’s fuckin’ great”. We’re just happy for putting out such a great album, that we can be really proud of. 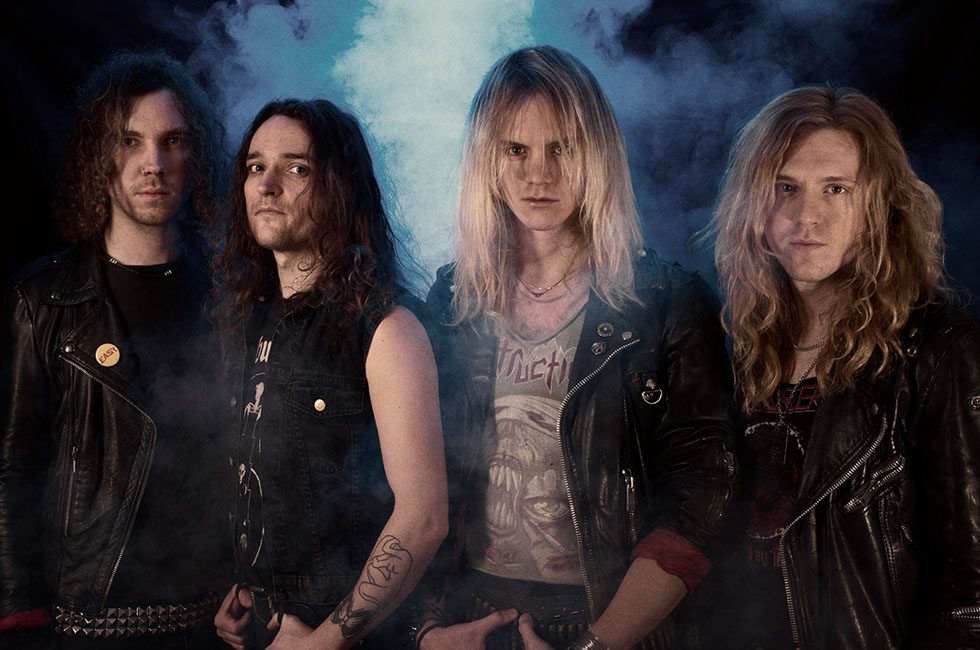 Its a darker and more technical at times record. Where else would you spot the differences between this one and “Death By Fire”?

I wouldn’t say that it’s darker, that’s up to whoever listens to it or reads the lyrics. Cause when I was reading the lyrics to “Death By Fire” I was like “Holy shit, this is fuckin’ heavy shit”. Compared to the last one, lyrically it’s roughly the same coverage. We wanted to do something similar to “Death By Fire”, we were really happy with that album. We tried to go that way, but at the same time we tried to open our views, broaden our perspectives sometimes away. We wanted to go heavier than the previous records, we wanted to make the fast songs even faster, and go all the way into every direction.

Olaf, as a musician, what do you enjoy more? Being on the road or in the studio recording new material?

I would actually say that I enjoy being on tour more, to meet new people and meet people who appreciate your work and keeps you floating in a way. It’s a great feeling to be on stage and leave out all the feelings you put into your music. But also, being in the studio can be both very inspirational and very much like a hell. You have yourself to overcome, you have to be better every time, it can be big pressure when you’re in the studio, and moments when you’re like “Fuck, this is hilariously great!”. But being on the road is always cool. 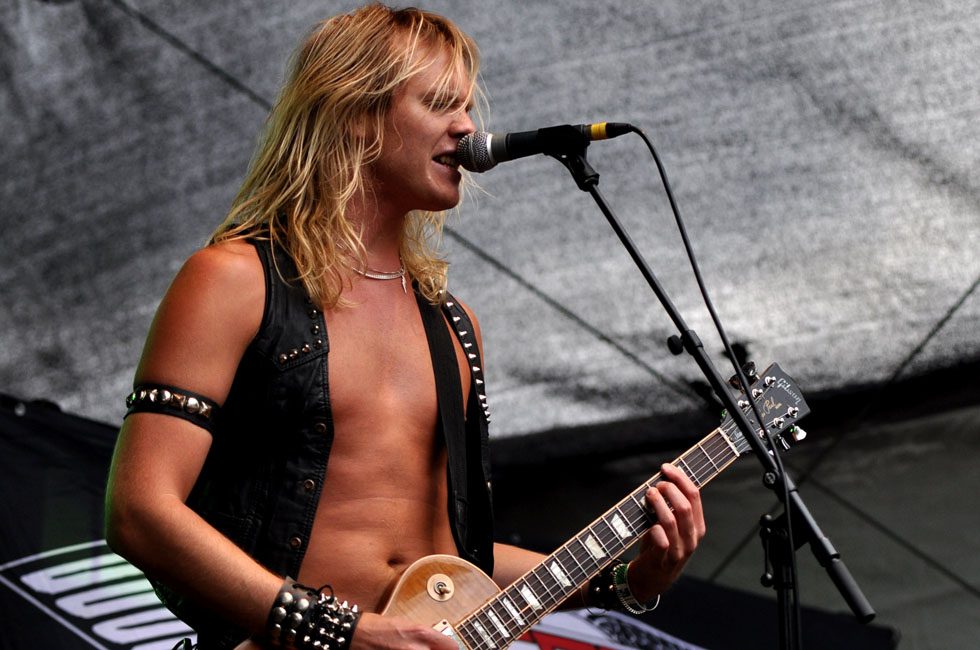 Enforcer have been rising rapidly ever since the “Into The Night” record of 2008. Did you ever expect to reach that level of popularity, recognition etc etc?

I don’t know, I cannot say that we’ve reached any level of recognition, popularity or anything, you always have higher goals. But looking back, I’ll always be very happy with everything that we’ve done so far. We never doubted ourselves at least. But I can never say, with trends coming and going, what people appreciate at the moment. Yet I’m very proud that we’ve released 4 fuckin’ albums! That was way beyond what I could ever imagine. That’s a great achievement, for me at least personally.

This time around your lyrics seem darker and more sinister. Was there something specific that you had in mind? Cause it seems almost conceptual in a way.

I can’t really say, but I think it’s really important as a musician to have the lyrics fitting the atmosphere of the music, working together with the atmosphere. We always had such lyrics, we just wanted to take those lyrics a few steps further, as with the music. 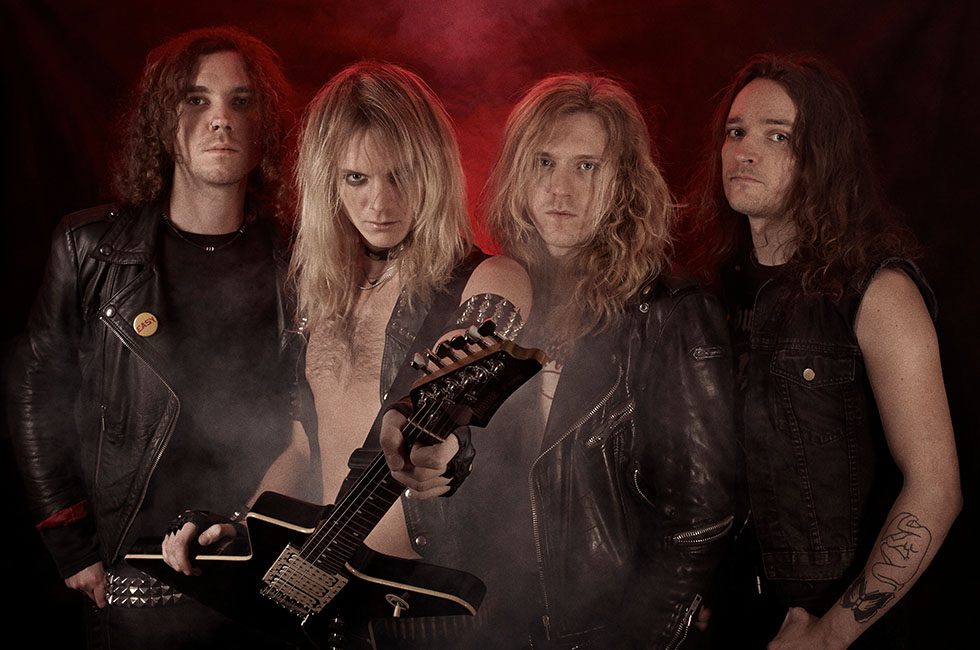 Which is your personal dream for you as a band? Maybe a collaboration with a legendary band?

No one really in the entire world shares my view on music and attitude towards metal, so that’s really really hard to say. I’ve never focused on such things cause I always wanted to go my own way. But also I don’t have dreams, I’m not much of a dreamer. I have goals and I try to cover one goal at the time. But I have idols and inspirations myself.

Just some bands off the top of your head, bands you’d like to tour with or were your idols?

The best thing you have to do, when it comes to touring is do your own tours, in front of your own audience, who’ll always react better on your music. I’d rather play in front of 100 Enforcer fans, than 10,000 Judas Priest fans. I mean, people appreciating what you do is more important, than having certain amount of people. But of course I would be totally honoured if some of my idols or inspirations, showed appreciation for our music. Like James Hetfield, Rob Halford or Steve Harris. Maybe that would be a dream, I don’t know. 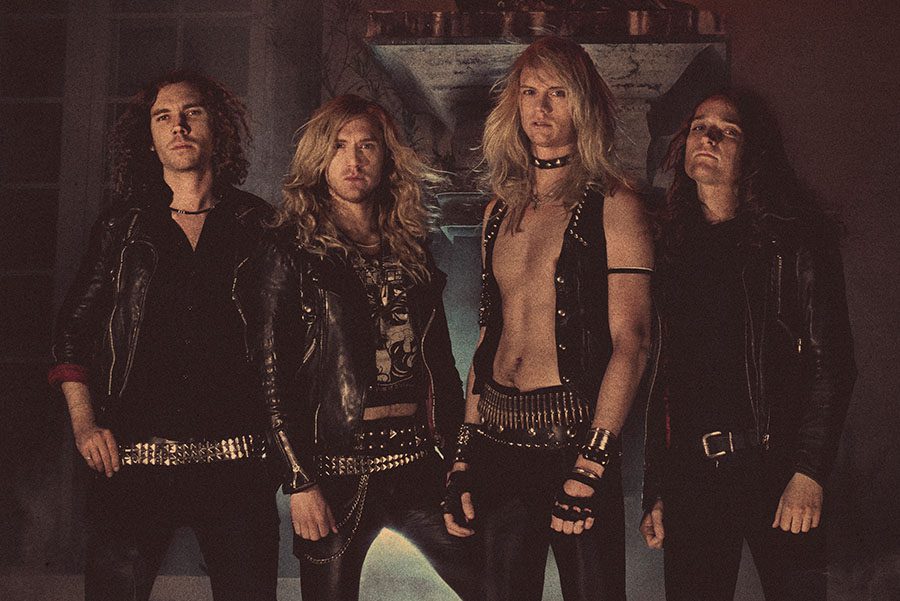 Memories from the last time in Greece?

Greece has always been one of our favorite places to be as a band and for me personally. Good memories, lots of fun, lots of good shows, Greece is probably the best place in Europe for a real metal band to be. Great people, more friendly than anyone may think.

What are the future plans for Enforcer and the “From Beyond” record?

The future plan is to tour as much as possible. In the summer to visit some places we’ve never been before, we’ve been to places we’ve been before. Take the music out to the fans who support us. We had a tour planned but unfortunately it was cancelled, and we’re working on something really big, but until then a couple of festivals in the summer to begin at least. Greece will be for sure, at some point. We always come back to Greece.

That was about it Olaf. The final words are yours.

Thank you for supporting Enforcer. That’s all I have to say, we’ll be back in Greece soon!