In case you are not familiar with this band, MOTHER OF MILLIONS is a highly-recommended progressive rock outfit from Greece which has been formed almost a decade ago in 2008. The band has so far released one full-length album called “Human” and on ocassion of their forthcoming show in Athens on June 3rd, we grabbed the chance to present you this talented Greek quintet through the following interview.

It’s been almost three years since the release of your debut album “Human”. Looking back at the album now, taking into consideration the opinions of the media and your fans, was it a success for you?

Most importantly, through our experience with live presentations, we got connected, we found our collective identity. If we look back trying to evaluate these 3 years, I think we would all conclude that they were successful indeed, including all the mistakes a band can make in releasing a debut album.

Is there anything that didn’t satisfy you completely in “Human”? In other words, if you could change something in the album, what would that be?

We continuously rediscover and add touches to Human, in terms of new ideas we put into our live shows. This will never end, and what I mean by that is that as you evolve as a person and as a musician, you are reviewing your old work with today’s eyes. Human is the album that Mother of Millions released three years ago, and three years ago they would probably do the same again.

After writing and recording “Human”, have you found your style as a band? Will you keep going with the same style or will you experiment even more for something different?

I think that Human and the way it was presented, helped us a lot to settle down and find out what works for us, from a wide variety of “materials” we used to compose and produce it. In the second album, in my opinion, the band comes out more mature and synthetically productive.

A quick question about your song “Running”. It was completely different than any other song in the album, many folk and maybe medieval influences. How did the idea, of writing such a song, came up?

Running is a personal idea, originally not meant to be a part of Human. But since the folk element is strong throughout the album, and thanks to George’s decisive contribution to percussion orchestration, we decided it belongs in Human and included it.

We did not really decide it, it’s our experiences and the sounds we’re into, that created this essence that led to a more distinctive sound. Prog is just a genre that allows evolution and experimentation.

What are you core influences in your lyric writing process?  Is there a certain theme you like to revolve around?

All lyrics are about social matters. They reflect our lives in a dream-restrictive society but with a glimpse of what is to come, a vision of something better, rather than a pessimistic point of view.

Since it’s been a while after your debut album, are you working on something new?

Our new album is recorded, mixed and mastered and we will be making announcements very soon.

What’s your music writing process? Do you have a certain way of working or do you just jam to perfection?

We jam, produce it in the studio and jam it again until we are sure the ideas match together and no one moans about the result.

You are scheduling an upcoming tour now. Would the live shows feature a sneak peek of your recent work, or would it be solely dedicated to “Human”?

There will probably be hints of what is to come but one should come and find out for himself.

Does the tour involves cities outside of Greece?

We are making plans but we’ll announce them when the album is out.

What’s your opinion on the Greek music scene? Have you ever considered of taking a more profession approach with the band?

There are some pretty massive Greek bands out there, so that the term Local Scene cannot subdue their urge for taking a leap into success. We are in fact dealing all matters with a professional approach, trying to follow the steps of our heroes. 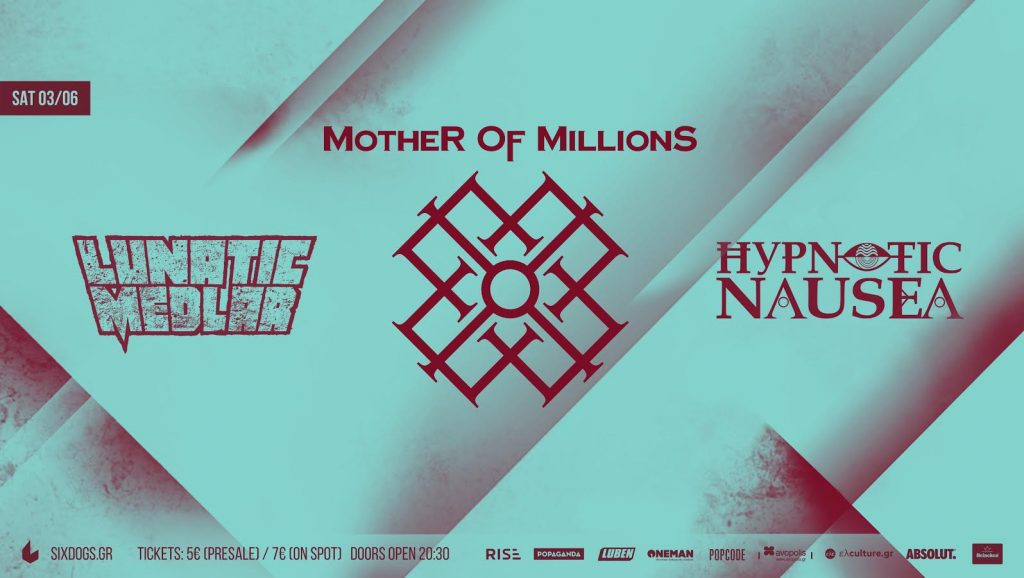