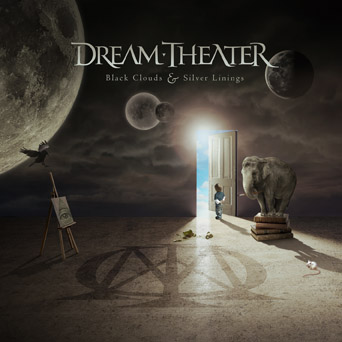 The progressive metal band Dream Theater are ready for the release of their tenth studio album. It’s called “Black Clouds & Silver Linings” and it will be in store in 23 of June through Roadrunner Records. Drummer Mike Portnoy and guitarist John Petrucci are the producers of the album while Paul Northfield returned from 2007’s Systematic Chaos as mixer.

The album will be released as a single CD, 3-disc Special Edition with instrumental mixes and cover songs, as well as a vinyl LP. The cover songs will be revealed—one per week—during the six week period prior to the album’s release.