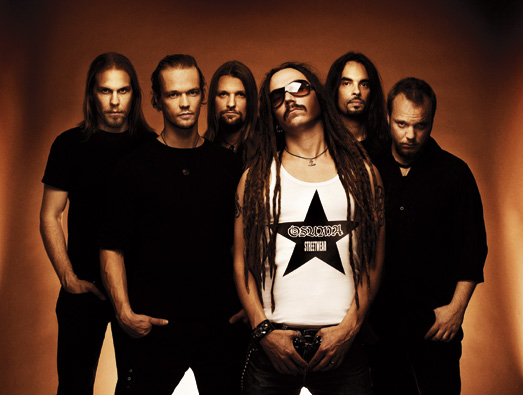 Finnish AMORPHIS will release a new single, “Silver Bride”, in Finland on April 22. The “radio edit” version of the track is now available for streaming on the band’s MySpace page.

The “Silver Bride” single will include the radio-edit and full-length album versions of the title cut along with the non-album track “Separated”.

The radio edit is already for sale as part of Nuclear Blast Records’ new “Track Attack” sampler, which contains five songs (also including new tracks from CANDLEMASS, ELUVEITIE, CHIMAIRA and SUCCESS WILL WRITE APOCALYPSE ACROSS THE SKY) and is available for puchase for 0.99 euros.

“Silver Bride” comes off the band’s new album, “Skyforger”, which is scheduled for release on May 29 via Nuclear Blast Records (May 27 in Finland). The follow-up to the “Eclipse” and “Silent Waters” LPs, both of which were certified gold in the band’s native Finland, was recorded at Sonic Pump Studios in Helsinki.

Video footage of the AMORPHIS bandmembers talking about the new album can be viewed below.