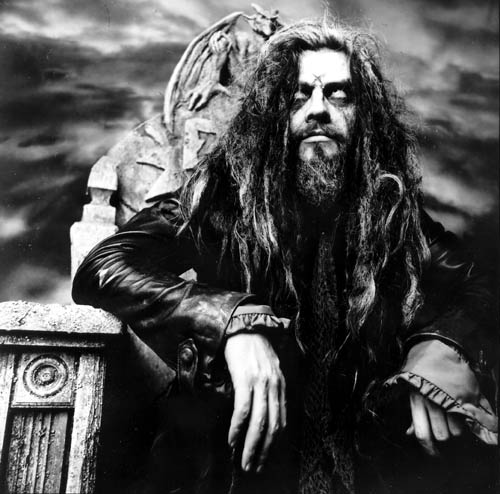 A trailer for “H2”, Rob Zombie’s sequel to his 2007 remake of “Halloween”, will premiere on Yahoo! Movies today (Friday, April 24) for one week. The new movie, which opens on August 28, completed filming two weeks ago and takes place minutes after the ending of the first one.

Rob Zombie spoke with FangoriaOnline.com on April 8 about writing and directing “H2”, which was shot near Atlanta, Georgia. Already controversial to fans is the revelation that serial killer Michael Myers spends nearly 75 percent of the movie not wearing his iconic mask. Zombie acknowledged that he’s taking more creative liberties this time, saying, “This is not a remake of (1981’s) ‘Halloween II’; this is totally my thing, my story. After I made’Halloween’, I was totally burned out. I said I’d never make a sequel. But after every record, every tour, I say the same thing.”

Also returning for the sequel are actors Malcolm McDowell as Dr. Loomis, Scout Taylor-Compton as Laurie Strode, and Tyler Mane as Myers.

Zombie’s wife, Sheri Moon Zombie, is also returning as Myers’ mother, although the character died in the first film. Zombie hints that this has to do with the state of mind of main character Laurie Strode, explaining, “As Laurie is Michael’s sister, I’m playing like he’s clearly insane and so is she, but her insanity doesn’t manifest itself in the same way … She’s slipping into insanity throughout the whole movie.”