Max Cavalera can now be reached via TheLiveLine, a service launched by Dave Mustaine that enables musicians to connect to their audience over the phone. Get updates on Max and leave messages for him by calling (888) 716-5450.

In other news, Capital Chaos has uploaded video footage (see below) of SOULFLY performing the SEPULTURA classic “Refuse/Resist” on October 3, 2009 at The Boardwalk in Orangevale, California. Also on the bill were DAMAGE OVER TIME, MUTINY WITHIN and CATTLE DECAPITATION. 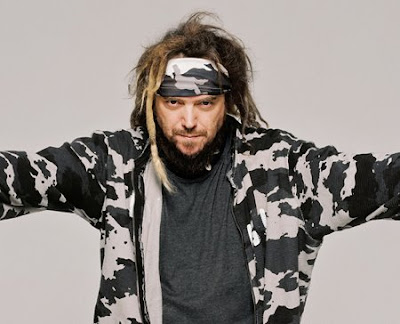 Regarding the songwriting process for the next SOULFLY album, Max said in a recent interview, “I am working on new songs with Marc [Rizzo, guitar], a little bit. We’re thinking about making the songs a little shorter, so if you can imagine maybe a little bit like MINOR THREAT mixed with [SLAYER’s] ‘Reign In Blood’ mixed with SOULFLY, with still some world music, but much smaller, and the songs not so long — shorter. It’ll be more aggressive than [last year’s] ‘Conquer’ [album] even, because it’ll be shorter — it’ll be like when SLAYER did ‘Reign In Blood’, [that] kind of thing. I don’t know why some interviewers talked to me and said that they thought that the album was gonna be less aggressive, more like [2000’s] ‘Primitive’, which I don’t know where it came from, because I never said that. In fact, I just started working on the album on this tour, so it’s only been a month. But this is the official news right now — it’s gonna be more aggressive, faster, shorter.”

“Conquer” sold around 8,400 copies in the United States in its first week of release to debut at position No. 66 on The Billboard 200 chart This number is in line with the opening tally of the CD’s predecessor, “Dark Ages”, which shifted a little more than 8,000 copies during its first week of release in October 2005 to enter the chart at No. 155.