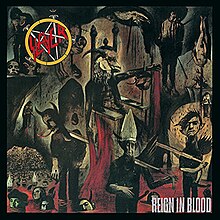 SLAYER will perform its classic 1986 album “Reign In Blood” in its entirety at All Tomorrow’s Parties’ second U.K. “I’ll Be Your Mirror” event, which is scheduled to take place n the weekend of May 25-27, 2012 at Alexandra Palace, London, England. Joining SLAYER on Friday, May 25 will be influential doom metal pioneers SLEEP and legendary Washington sludge group MELVINS.

On Saturday, May 26, the first-ever ATP festival curators MOGWAI will return to headline, and to curate the rest of the day’s lineup. This will be their only show in England in 2012 and their first choice to play alongside them are another great Washington band in the form of the incomparable MUDHONEY.

On Sunday, May 27, the lineup will be curated by ATP, and the first confirmed headliner comes in the form of indie rock legends GUIDED BY VOICES, playing its first U.K. show since reuniting last year. They will be joined by a full lineup of stellar artists, including some very special exclusives.

Acting as sister events to the world famous ATP Festivals which usually take place in holiday resorts, and named after the B-side to THE VELVET UNDERGROUND’s original “All Tomorrow’s Parties” seven-inch single, “I’ll Be Your Mirror” is a series of artist-curated music, film and art events taking place in cities worldwide.