AfterBlood has announced the final artwork created by the band’s vocalist Hel Pyre and the complete tracklist of their debut album “Of Unsound Minds”. 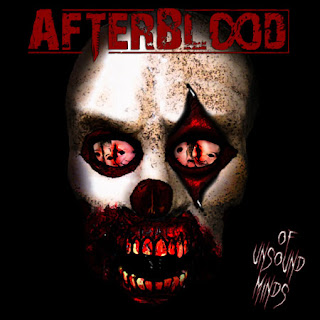 AfterBlood owns a private studio for rehearsals, has recruited a permanent drummer and a second guitarist and is ready for live shows.

Guest Appearances
Guest vocals by the thrash-metal legend Tom Angelripper (SODOM) on the song “Mission Of Aggression” (you can listen to this track in our “Tracks on Youtube” section).