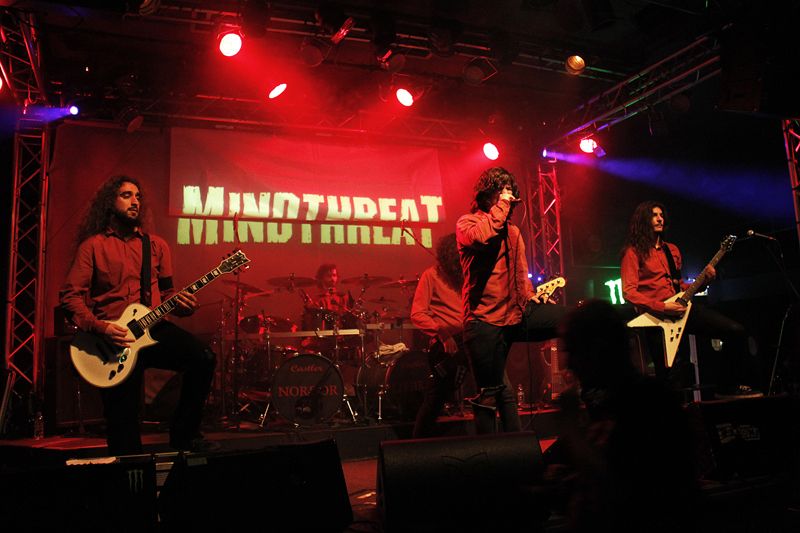 Sunday night: a hard night for working people or students to be at a live gig for obvious reasons. Yet some of them were at Kyttaro live stage that night to honor the Metal Voltage festival with their presence, although they were less than maybe someone would expect. The first thing that one could notice was the excellent organization of the festival leaving no room for delay that could lead the audience to frustration.

After the opening of the doors at 19:00, about 20 minutes later Among Ruins took the stage to open up the fest. This was their first live performance and I’ve got to admit that it was amazingly energetic. What a way to start our evening, with a band that moves in the field of melodic/Death metal in the 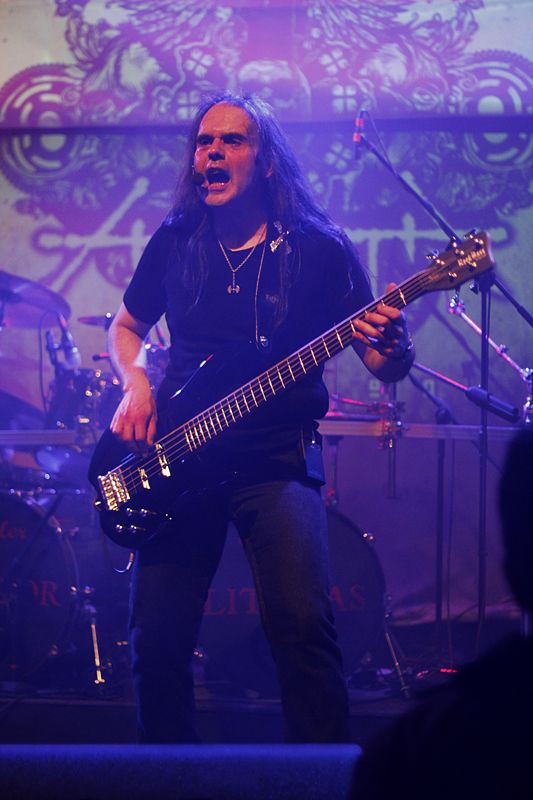 vein of the masters At The Gates with bits of old school Death metal and Deathcore (some breakdowns here and there). They got the round of applause they rightfully deserved and got some people of the audience proudly wearing their T-shirts.

Next we have Afterblood, a newcomer band in the Greek underground metal scene, recording their upcoming debut release with the drummer of Sodom behind the kit and none other than Thomas “Angelripper” Such (Sodom) as guest vocalist on their track “Mission Of Aggression”. The latter was one of the highlights of their gig, as it is one of their most catchy songs. Their style is somewhere between Arch Enemy’s melodic Death/Thrash assault (the vocals by Hel Pyre sound really close to Angela Gossow) and Dark Tranquillity’s gothic feel on the keyboards, leaving space for both melody and aggression to show themselves. The band was really energetic, well-rehearsed and in a mood to kick some ass. Also Savvas Betinis of Acid Death was the guest vocalist on their final track which is a new track from their upcoming debut “Of Unsound Minds”, closing a great performance from Afterblood. We expect to hear more from them in the future.

Moving on to the next band called Mindthreat, winners of the Wacken Metal Battle in 2012, representatives of Greece at Wacken Open Air festival the same year and recording new material as we speak. Playing in the style of Metalcore bands such as Parkway Drive, they had the energy and they had the good mood; it’s just that their material didn’t do it. Some good breakdowns and riffs here and there but the writer didn’t feel impressed. In order to preserve objectivity we have to say that some of the audience knew their material and sang along. Their frontman was the most energetic of them running up and down the stage during their set.

Next we have Acid Death, the old breed of Technical Death Metal metal in Greece recently reunited and recorded a great album called “Eidolon”. They also made a line up change, taking as their second guitar player John Anagnostou of Released 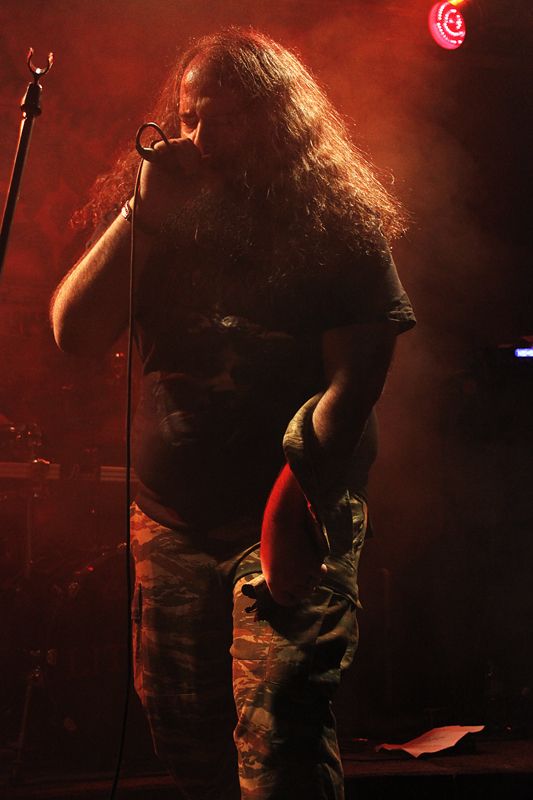 Anger. The band hit the stage with great mood despite the fact that the audience to this point was really static and calm. They had a well balanced setlist including material from “Pieces Of Mankind” (While The End Is Coming, Reappearing Freedom), “Random’s Manifest” (Psycho Love, W.A.R. (Wrong And Right)) and “Eidolon” (such as Inside My Walls, Eidolon) as well as a crushing cover of the Celtic Frost classic “Circle Of The Tyrants”. The audience participated mostly on their set chanting along with Savvas Betinis. A great performance by a legendary band.

Moving on to an underground Death metal force that’s been around since the early 90s but released its first album “Honoris Causa” in 2008 and their second one “Erga Omnes” last year, Nordor. A blasphemous band in the vein of Incantation, Morbid Angel and a bit of Deicide in the mix offering great energy for the audience’s listening pleasure. Despite the band’s brutality, there was room for amazingly melodic solos by False Prophet in the songs, creating a dark atmosphere working as a contract between the solo part and the rest of the song. The setlist had material from their 2 albums well balanced and they performed in an amazing way. They crowd chanted along with their frontman Lordwinter when needed taking us to the realm of the Ancient Ones with their music for about an hour and a half. When the lights were out everyone was left really pleased by the organization which was exceptional, allowing people to have a less tiresome journey back home. And all that, having enjoyed a night of brutality regardless of the genre one follows. Those actions should be repeated and supported by more people; we wish well to the contributors of this night and look forward to seeing more events like this in the future.