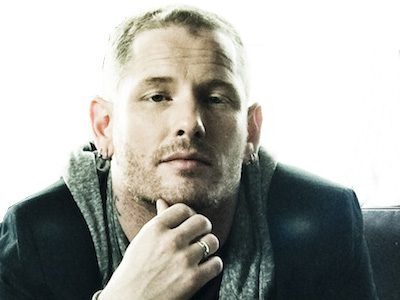 STONE SOUR frontman Corey Taylor officially announced the comic book version of the band’s upcoming concept album, “House Of Gold And Bones“, prior to a signing session at the Dark Horse booth this past Saturday (October 13) at New York Comic Con. Check out a video report from Artisan News below.

The four-issue series, which will debut on April 17, 2013, will be published by Dark Horse Comics and will visualize the short story that forms the basis of the two-disc album. The first CD, “House Of Gold And Bones Part 1”, comes out on October 23, while Part 2 will arrive next spring.

The singer and writer — who published a memoir called “Seven Deadly Sins” last year — told The Pulse Of Radio a bit more about the storyline of “House Of Gold And Bones”. “It’s essentially a sci-fi/fantasy story that I created, but at its heart, it’s essentially about a man, standing at the crossroads of his life, trying to figure out what comes next,” he said. “He’s got 20, 30 years in front of him — who’s he going to be for that 20 or 30 years? Is he going to allow himself to evolve and become a better man, become a different man? And, you know, it’s kind of wrapped in this insane world that I created.”

The main character is known as “The Human,” while a second hero named Peckinpah acts as his mentor. Taylor explained, “He’s older and he’s trying to help the Human while at the same time not doing everything for him.”

The villains of the story are Alan, who Taylor calls “a ball of anger and sarcastic wit who could blow up at any time,” and Black John, who has “a dangerous, off-kilter ‘God, he’s going to destroy us all’ vibe.”

STONE SOUR plans a full multi-media website to promote the albums and comics, which will contain hidden easter eggs such as handwritten lyrics, behind-the-scenes photos and possibly rough drafts of comic art.

Dark Horse Comics has been home to several rockers-turned-writers. RAGE AGAINST THE MACHINE guitarist Tom Morello penned a series called Orchid for the publisher, while MY CHEMICAL ROMANCE singer Gerard Way has done two of his award-winning Umbrella Academy series for the independent company.

Taylor told USA Today that he alphabetizes all his comics and keeps them in sealed plastic sleeves “because I’m a nut like that.”