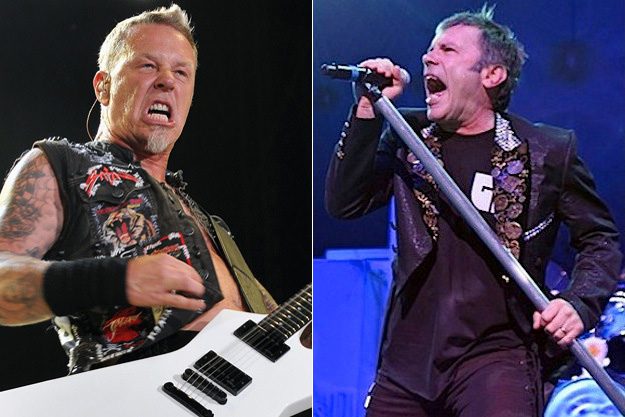 METALLICA and IRON MAIDEN have been confirmed for next year’s Rock In Rio festival festival, set to take place September 13-15, 2013 and September 19-22, 2013 in Rio de Janeiro, Brazil.

METALLICA will perform at the event on September 19. They state, “We are super-psyched to be returning to Rio de Janeiro, Brazil for our sixth Rock In Rio!”

As previously reported, SEPULTURA will also perform at next year’s Rock In Rio. The band will be joined on stage by Les Tambours Du Bronx, featuring sixteen drummers from France.

Tickets will be available in a special pre-sale for Rock In Rio members beginning October 23 at 12:01 a.m. Rock In Rio cards, the equivalent of a ticket in advance for one day, will go on sale on October 30 at 12:01 a.m. and this sale is open only to fans who are Brazilian residents. For those of you who live outside the country and plan to travel to Brazil, there will be an international ticket sale in April 2013.