SLASH Glad To Be Part Of A Band Once Again 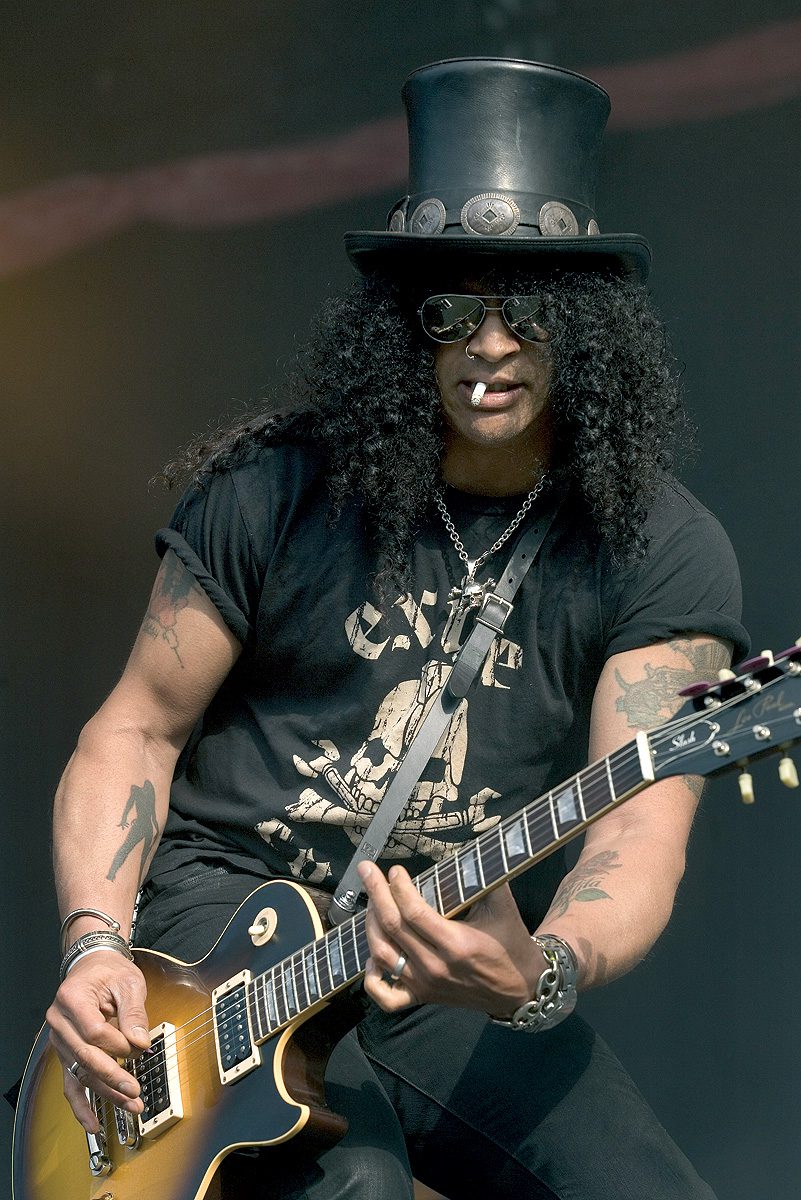 Simon Rushworth of JournalLive.co.uk recently conducted an interview with legendary guitarist Slash (VELVET REVOLVER, GUNS N’ ROSES). A couple of excerpts from the chat follow below.

On how he became interested in being a musician:

Slash: “I took up the guitar because I liked the guitar. Plain and simple. It was all about the instrument rather than any consideration of the professional aspect. For me, because of who I am, the guitar would still be as inspirational now as it was back then. But I was inspired by the sound of the ’60s and ’70s guitar music that I’d heard. That exciting break in a rock song when the guitar takes over, just hit me. I was brought up in an era where THE YARDBIRDS and THE [ROLLING] STONES and [Jimi] Hendrix had dominated, and the guitar was king. But I had no aspiration to become a guitar player proper until I picked it up as a 15-year-old. I was enjoying playing the guitar without realizing or imagining that’s what I was going to do.”

On his self-titled solo debut, which featured a slew of renowned singers, and the formation of his current touring band:

Slash: “I had no idea what I was planning on doing after I made the album with all of the guest singers, but I knew that involving so many people on that record would be a one-off. I had no intention of doing a repeat performance of that record.

“On the first solo record, I had a couple of songs that I had decided to include but I just couldn’t find anyone right to sing them — or at least any so-called big-name singers.

“I had heard of Myles Kennedy (ALTER BRIDGE lead singer) but never heard him sing. In the end, his versions of those songs came out amazing and at that point I asked him if he wanted to do the first tour.

“I was then introduced to Brent Fitz (drums) and he introduced me to the bass player. Suddenly I had this great band and we played some shows on the road.

“A handful of dates became a year and a half and Myles and the band had become part of the family.”

On this year’s “Apocalyptic Love” album, which was recorded with his touring band:

Slash: “At this point I feel as if, more than delivering a solo project, I’m part of a band. Each member has an input into the songwriting project and looking towards the next record, I don’t see that changing. We’re on the road for a while, but I’m in the early stages of recording ideas and logging them for future use.”

On the songwriting process:

Slash: “I do the music first and then, depending on the situation, I record it and send it to Myles. He might come back to me with some more ideas — maybe stuff to make his vocal work — and then whenever we get the chance we sit down together and work on the songs. I come up with a basic bunch of ideas and then spread them around. In the case of the new album, we went into the studio after a month of rehearsals and recorded everything live. That’s why it’s such a spontaneous-sounding record. There are no set rules on how we write and record. I just come up with some riffs, record some music and see what Myles makes of it.”