GHOST: Studio Version Of ‘I’m A Marionette’ Available On SPOTIFY 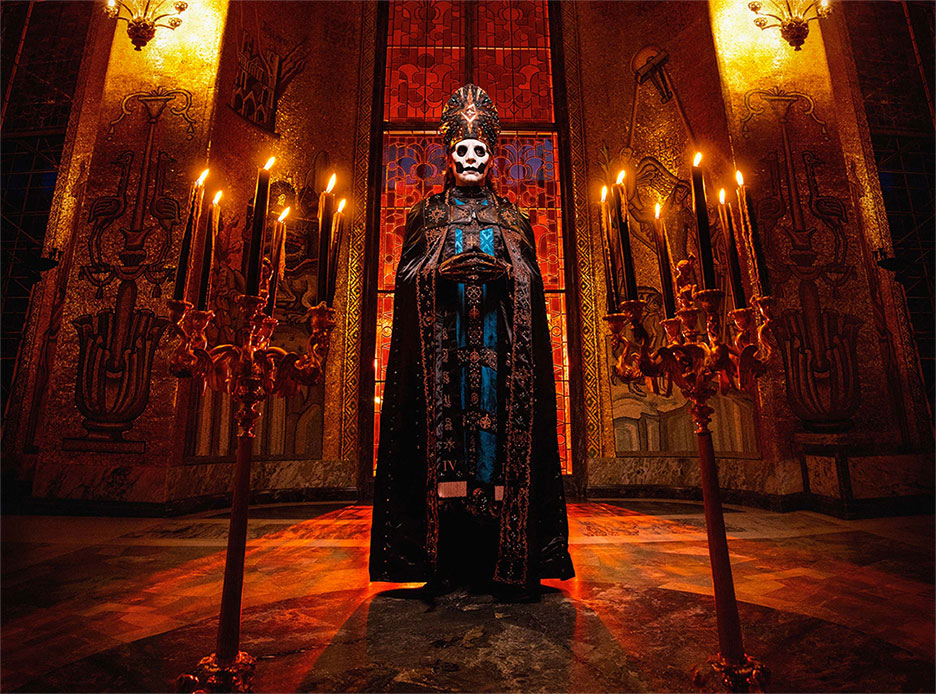 The studio recording of GHOST‘s cover version of ABBA‘s “I’m A Marionette” has been released on Spotify and is now available for streaming in the YouTube clip below. The track, which reportedly features none other than Dave Grohl (FOO FIGHTERS, NIRVANA) handling production duties and sitting behind the drum kit, serves as the B-side of GHOST‘s strictly limited 10-inch clear vinyl version of its new single, “Secular Haze”. You can now pre-order a copy from the Swedish webshop Bengans.se.

In a recent interview with Decibel magazine, one of the Nameless Ghouls stated about GHOST‘s decision to record an ABBA‘ cover: “We are Swedish, and ABBA has always been a very, very strong part of our modern musical heritage. We all grew up with their music very present. Not only that — ABBA basically took a few hundred years of traditional Swedish music and made it into pop songs. I’m talking about folk music from the 16th, 17th and 18th centuries. Anybody outside Scandinavia probably isn’t familiar with those tones or musical language. But one of the reasons ABBA broke through so enormously first in Sweden was probably because of their folk music influences. I think anyone from Scandinavia is easily infatuated with that sort of music, so ABBA has a deeper meaning to us, I think.”

The band’s debut album, “Opus Eponymous”, was released in late 2010 in Europe and in early 2011 in North America via Rise Above Records.