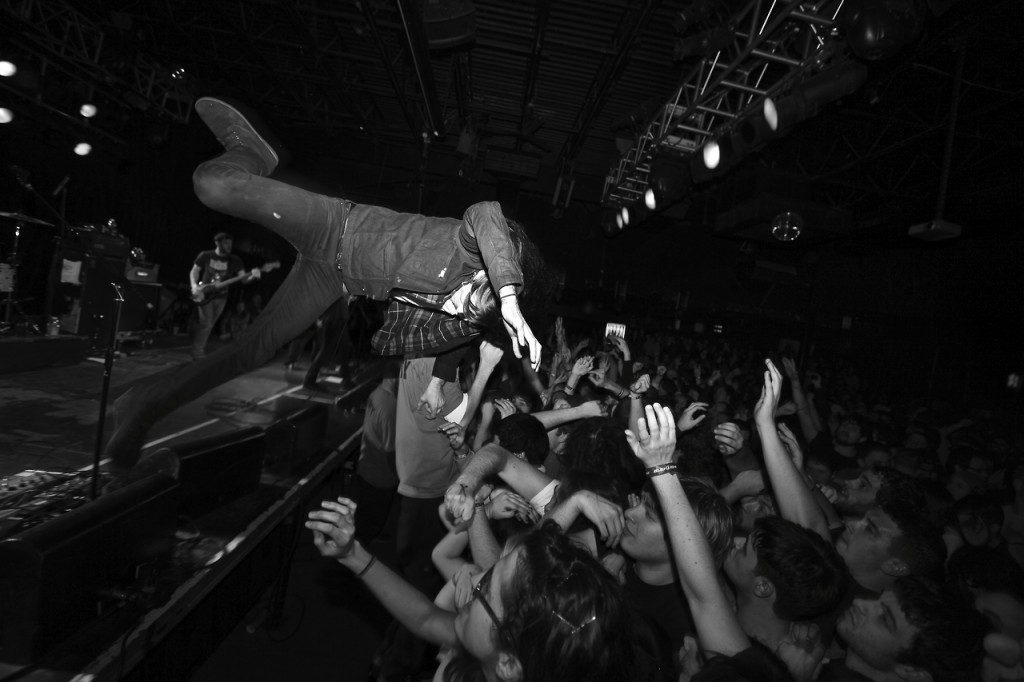 The Webster Hall told Brooklyn Vegan that “the patron in question did not die while stage diving. The patron collapsed while exiting the venue, as video footage and the police corroborate.”

A fan reportedly died after the crowd failed to catch him when he dove from the stage during MISS MAY I‘s concert last night (Saturday, May 3) at The Studio at Webster Hall in New York City. The fan, who has been identified by music journalism and freelance designing web site Sinestra Studios as 21-year-old Alberto Scott, suffered major head injuries and was transported to a nearby hospital where he died. Jenise Ramos Sarraga, who allegedly knew Scott through her daughter, has created a site to raise funds for the young man’s funeral expenses, according to Billboard.com.

MISS MAY I has posted the following message to Facebook: “Hey everyone, we are aware of the incident that occurred at Webster Hall last night and will be posting a statement shortly. However, we are awaiting further information regarding the situation before we are able to make a full statement.”

A photo of Alberto with MISS MAY I frontman Levi Benton can be seen below.

During a May 2010 LAMB OF GOD show in the Czech Republic, 19-year-old concertgoer Daniel Nosek sustained a head injury that allegedly led to the fan’s death. LAMB OF GOD singer Randy Blythe was charged with manslaughter in the case, but was eventually acquitted.

Regarding the practice of stage diving, the presiding judge in the Blythe case stated “ninety percent of the audience” must have known that jumping off the stage was prohibited at the venue, as a barrier was in place and concert security had successfully prevented fans from hopping the barricade during the show. The judge also noted that Blythe‘s hand gestures calling for a round of applause could have been misunderstood as an invitation for fans to come up onto the stage.

A number of rockers came to Randy‘s defense, with many of them citing the 2004 shooting death onstage of PANTERA guitarist “Dimebag” Darrell Abbott as the reason why musicians are so defensive nowadays about fans invading the stage.

DISTURBED singer David Draiman said: “The only thing [Randy] is guilty of [is being involved in] a horrible accident. Someone comes up on stage, they get thrown back into the pit. [I’ve] done it a hundred times myself. The fault should be in the hands of the venue security who were supposed to ensure that no one got up there. It’s a dangerous thing to try.”

Draiman‘s bandmate and drummer Mike Wengren told The Pulse Of Radio not along after Dimebag was shot that his death had cast a shadow over live performing. “I think one of the most scariest things is, you go up onstage, and there’s this energy transfer between the band and the crowd, and you almost feel invincible. You feel very empowered. Never in a million years would anyone ever think something like that was even possible, and I think it just caught everyone off guard. It’s pretty scary.”