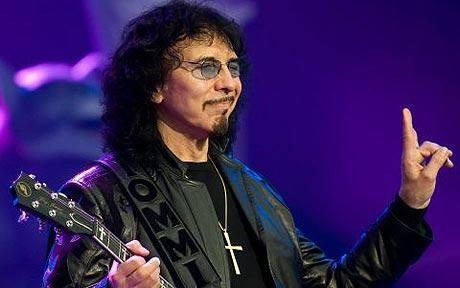 BLACK SABBATH guitarist Tony Iommi spoke to the Birmingham Mail about having one of his songs chosen as Armenia’s entry into the Eurovision Song Contest.

DORIANS frontman Gor Sujyan’s “Lonely Planet” was selected at a Saturday, March 2 national vote to be performed at Eurovision in Malmö, Sweden. The identity of the song’s composers — Iommi (music) and Vardan Zadoyan (lyrics) — had been kept secret for a while.

The legendary axeman told Birmingham Mail that he was surprised when the Armenians chose “Lonely Planet” — a song he wrote more than five years ago — as their Eurovision contender.

“I was as shocked as anybody when they came knocking,” he said. “They got in touch with me because of the charity work we’ve been doing out there, building a new music school to replace one wrecked by an earthquake. They asked if I’d got any spare songs. Well, I write loads of songs and they just get put away. They lie on a shelf because either they’re not suitable for SABBATH or for another project, and never see the light of day. I searched out ‘Lonely Planet’ — it’s a bit of a power ballad — and sent it off. I was surprised when it made the shortlist and gobsmacked when the people of Armenia voted for it. With a little luck, who knows, it might win.”

Iommi and DEEP PURPLE/ex-BLACK SABBATH singer Ian Gillan have spent a lot of time in Armenia, fallen in love with the country and the people and have dedicated a lot of work to a nation still shocked after the earthquake that struck Armenia on December 7, 1988.