RED FANG To Release New Album In The Fall 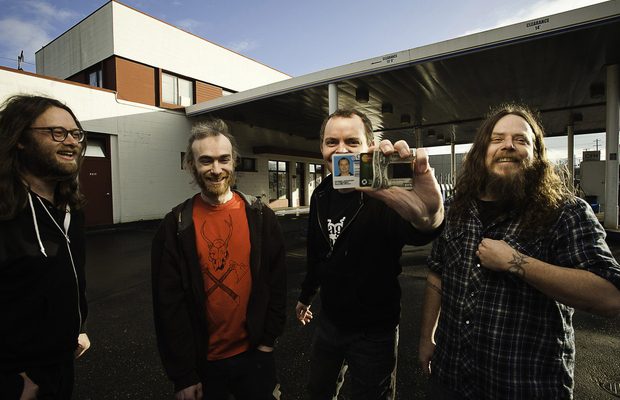 RED FANG return this fall with their as-yet-untitled third studio album on Relapse Records. The Portland-based group is currently in the studio finishing the disc with the producer Chris Funk (DECEMBERISTS) and mixer Vance Powell (THE WHITE STRIPES, RACONTEURS, KINGS OF LEON). This same team worked on RED FANG‘s last album, “Murder The Mountains”, tagged by NPR as “a sleeker style of riff-heavy metal” (April 2011) and Alternative Press magazine as “a near masterpiece of tangled tar pit riffs and whisky-and-bong-hit vocals” (April 2011).

Comments the band: “We’re hyper excited about this new album. The basic tracks are like rabid monkeys we’re wrangling at Type Foundry in our hometown of Portland. Producer Chris Funk has almost been amputated twice. Surprise guests abound! We’re in the final moments before all systems are go on this sucker. Dig people!”

On Friday, May 24, RED FANG will head to the picturesque Gorge Amphitheater outside Seattle for their first festival appearance this year atSasquatch! The band will then hit the road for European trek through mid-July with festival stops at Sonisphere, Download, Hellfest, Reload,With Full Force and Eistenaflug, among others. Expect the group to announce a full U.S. run for late summer.

RED FANG quickly became known for its series of hilarious videos directed by Whitey McConnaughy (BAND OF HORSES, FLOGGING MOLLY,TURBONEGRO). Each clip was picked up by Reddit and went viral, garnering over 1 million+ views.