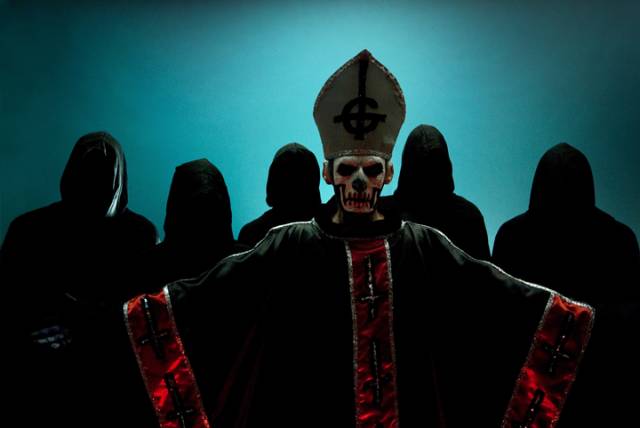 Fan-filmed video footage of GHOST‘s June 4 performance at the Impact Fest in Warsaw, Poland can be seen below.

Hailing from Linköping, Sweden, GHOST formed in in 2008. They released their heralded debut album, “Opus Eponymous”, in 2010. In 2011,GHOST performed at the annual Download festival in the United Kingdom. The band’s fanbase began to swell and not long after added some of hard rock’s finest to this group. Additionally that year, GHOST took part in the“Defenders Of Faith III” tour with TRIVIUM, IN FLAMES and RISE TO REMAIN. In early 2012, they embarked on their first tour of the United States and later that year shared the stage with MASTODON and OPETHon their “Heritage Hunter Tour” in North America. That summer the band was invited by METALLICA‘s James Hetfield to perform on the main stage of METALLICA‘s first annual Orion Music + More festival.