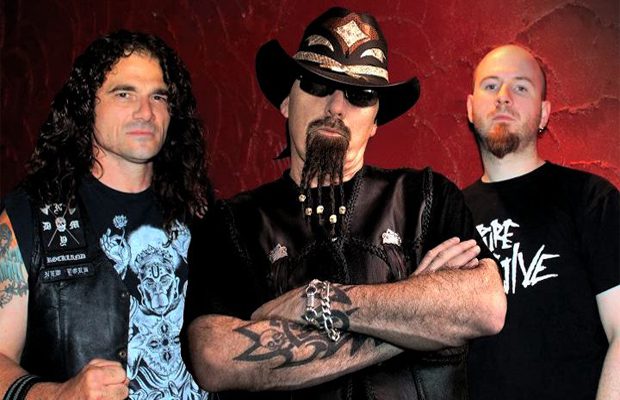 With Tony Portaro (guitar/vocals) and Dank DeLong (bass) on the U.S. East Coast, and drummer Dan “Loord” Foord located in London, U.K., the band has been juggling writing and recording in between touring.

* A re-recorded, remixed, remastered version of WHIPLASH‘s classic song from “Power And Pain”

“I am very confident that this record will be seen as the return to the thrash core that WHIPLASH started out doing,” Portaro said in a recent interview.

He added: “WHIPLASH now has a strong foundation with Dan ‘Loord’ Foord [SIKTH] — one of the best drummers in England — and Dank De Long, a solid bassist from New York that makes WHIPLASH thrash harder than ever.”

WHIPLASH is a three-piece power trio hailing from New Jersey. The band was assembled back in 1984 when Portaro and Tony Scaglione (drums) joined forces, then recruited Tony Bono on bass.

“Unborn Again”, the latest album from WHIPLASH, was released in 2009 via Pulverised Records.