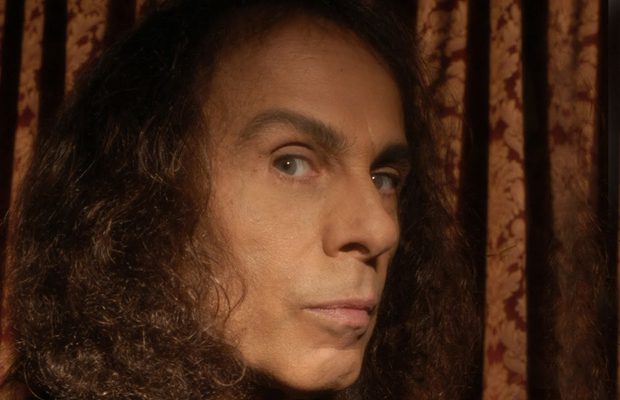 Artist Series Guitar will release 30 of DIO ‘s “Holy Diver” guitars in July. Finished with DIO‘s exclusive artwork and built with solid mahogany, the Dio ASG is set with artwork from the “Holy Diver” album release. Once the graphic has undergone the ASG-designed, chemical bonding process, the guitar is then clear-coated, wet-sanded and buffed. This process forever seals the custom graphic to the guitar.

With only 30 to ever be made — one to mark each year of DIO — this rare anniversary guitar is set to sell out fast. Pre-sale will begin on July 10, to mark what would have been Ronnie James Dio‘s 70th birthday.

For more information, go to this location.

DIO‘s last release was the “Holy Diver Live” CD, featuring a performance of the classic “Holy Diver” album in its entirety, from start to finish, recorded live for the very first time in 2005 in front of a sold-out London crowd. It also includes, among others, “Heaven & Hell”, “Sign of the Southern Cross” and “Mob Rules” from vocalist Ronnie James Dio‘sBLACK SABBATH days, “Tarot Woman”, “Man on the Silver Mountain”and “Long Live Rock ‘N’ Roll” from the RAINBOW era and “We Rock”from his solo career.