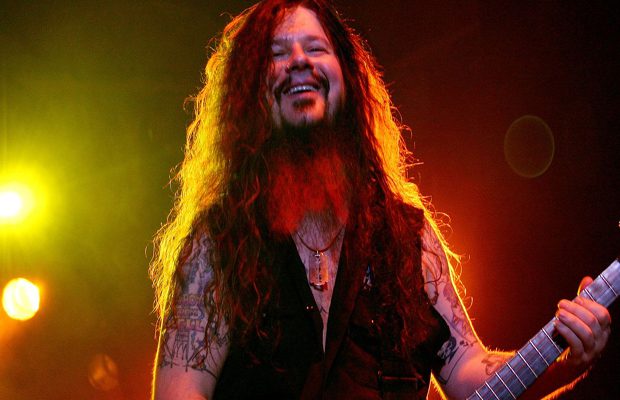 Cindy Scull of the Dallas radio station 97.1 The Eagle recently conducted an interview with former PANTERA and current HELLYEAH drummerVinnie Paul Abbott. You can now listen to the chat below.

On the differences between European and American heavy metal audiences:

Vinnie Paul: “I would just say the main difference is that the people there still live and breathe the music; they really believe in the lifestyle of the music, and they wanna know everything about the bands. That’s why some of these bands that have been around forever are still huge there, because [the fans] never forget, they’re really into, whereas the U.S. is more ‘here today, gone this afternoon’ kind of thing. It’s really hard to keep staying current here, because people just move on to the next thing so fast.”

On how MEGADETH‘s Dave Mustaine has been to tour with on this summer’s Gigantour:

On whether there is any truth to Mustaine‘s claims that late PANTERAguitarist, and Vinnie Paul‘s brother, “Dimebag” Darrell Abbott once came close to joining MEGADETH:

Vinnie Paul: “Yeah, man. It was right before we ever got our record deal. It’s a true story. He called and told Dime, ‘Man, look, I’m gonna hook you up with a Nike endorsement, I’m gonna give you a paycheck, and you’re gonna play guitar in MEGADETH.’ And, of course, at that time, PANTERAhad been struggling, playing all the clubs around Dallas, Oklahoma, [and other cities in] Texas, all those different places, and we’d been doing it for about seven years. And Dime straight-up just told Dave, he goes, ‘Look, if you want me to play guitar for you, my brother’s gotta come with me. That’s the deal. That’s the way it works.’ And Dave‘s, like, ‘Man, we’ve already got a drummer.’ And Dime was, like, ‘Well, sorry, dude. I’m not playing for your band.’ And he stuck with PANTERA and everything worked out.”