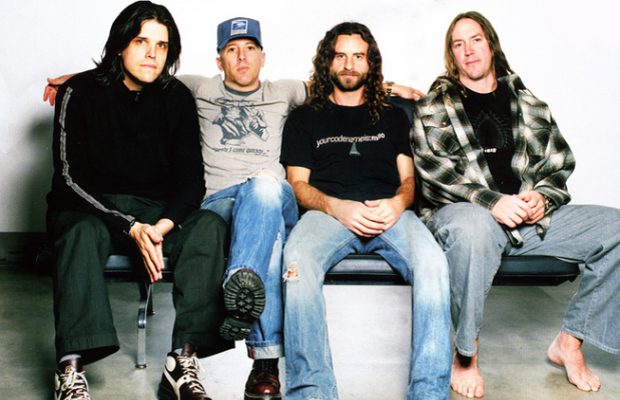 TOOL drummer Danny Carey was interviewed this week by Loudwire and naturally the subject of a new album came up. Carey explained: “It’s still the three of us [Carey, guitarist Adam Jones and bassist Justin Chancellor] right now and [we will be joined by singer Maynard James Keenan] soon, you know, just working on all our parts and working on our compositions together. Stylistically, we’re trying to push things in different ways, but it always comes out sounding like TOOL no matter what we’re trying to do. We’re working everyday on it and it’s going really well, so I’m hoping we’ll get into the studio by the end of the year.”

Asked about a possible 2013 release date for the new TOOL CD, Careysaid: “I doubt it. Right now, since we haven’t started tracking stuff at this point, it’ll be hard. We could have the record finished by the end of the year — that’s a possibility, but the logistics of getting it manufactured and getting the record company in line and all this stuff, I doubt we’ll be able to get it out before Christmas. We’ll see how it goes. Most likely, it’ll be early 2014.”

Jones recently told Revolver magazine, “It’s unfortunate that we haven’t put anything out in a while, but you know, we’ve changed as a band . . . We’ve become even more eclectic and distant, so getting things done and getting together is very hard.”