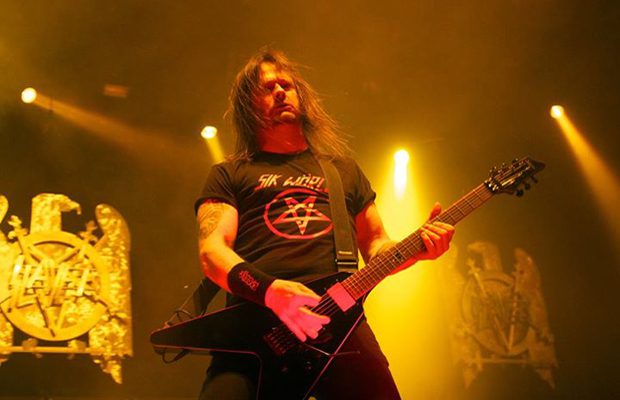 Hannemania was organized by Iron Fist Circle Productions, which has previously staged Bonded By Baloff and Holty Matrimony shows, also featuring surprise guests such as Kirk Hammett of METALLICA and a secret performance by a band calling itself THE RELENTLESS REVOLUTIONARIES, which turned out to be a headlining set by DEATH ANGEL.