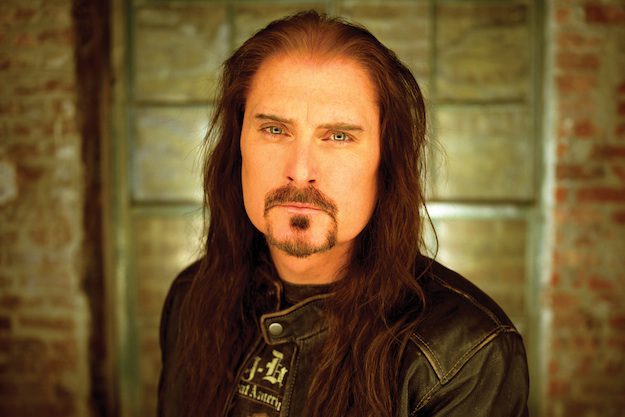 The official lyric video for the song “Back On The Ground” from DREAM THEATER frontman James LaBrie‘s new solo album, “Impermanent Resonance”, can be seen below.

“Impermanent Resonance” will be released on August 6 in North America and July 29 in Europe via InsideOut Music. In addition to the standard CD and the digital download format, the effort will be made available in Europe as a limited-edition digipak featuring alternate artwork and two bonus tracks (“Unraveling” and “Why”), as well as on limited LP version (with the full album as bonus CD).

The previous LaBrie album, “Static Impulse” from 2010, will be released for the first time as LP (with the full album as bonus CD) on the same street date as that of the new album. Both LPs will be available on 180-gram black vinyl but also on strictly limited clear vinyl (limited to only 200 copies each).

Video footage of Wildoer laying down the drum trcks for “Impermanent Resonance” can now be seen below.

“Static Impulse” was released on September 28, 2010 (one day earlier internationally) via InsideOut Music. The CD was LaBrie ‘s first solo effort in over five years.