DREAM THEATER: ‘On The Backs Of Angels’ Performance Clip From ‘Live At Luna Park’

On November 5, Eagle Rock Entertainment will release “Dream Theater: Live At Luna Park”on 2DVD, Blu-ray, visual digital formats and a deluxe edition. The deluxe edition is an 11.5″ square 60 page hardback photobook containing the Blu-ray, 2 DVDs and 3 CDs presenting all the key physical formats in one release; the CDs are only available in this deluxe edition.

These releases boast the 160 minute main show — accompanied by a wealth of bonus material — and feature many of the band’s classic tracks, including “Metropolis Pt. 1”, “The Silent Man”, “Pull Me Under”, “The Root Of All Evil”, “The Test That Stumped Them All”, “The Spirit Carries On” and the recent “On The Backs Of Angels”.

DREAM THEATER began their mammoth “A Dramatic Tour Of Events” world trek in July 2011 with the final leg in South America taking place in August 2012. It was here at the Luna Park Arena in Buenos Aires, Argentina, that they decided to film the two nights that make up this DVD release.

The “Live At Luna Park” band lineup for this show is James LaBrie (vocals); John Petrucci(guitar); Jordan Rudess (keyboards); John Myung (bass); and Mike Mangini (drums). This was DREAM THEATER‘s first tour and album with their new drummer and all the tracks from that album, “A Dramatic Turn Of Events”, are included in either the main show or the bonus performances.

The bonus features offer live versions of six great tracks: “These Walls”; “Build Me Up, Break Me Down”; “Caught In A Web”; “Wait For Sleep”; “Far From Heaven”; and “Pull Me Under”. Also on “Live At Luna Park” is a documentary, the trailer for the cinema release of the film, a “behind-the-scenes” feature and the cartoon intro that ran on big screens prior to the band taking to the stage in Buenos Aires. The Blu-ray additionally features six multi-angle options on “Outcry”.

The “On The Backs Of Angels” performance clip taken from “Live At Luna Park” can be seen below.

Roadrunner Records e-mailed guitarist John Petrucci and keyboardist Jordan Rudess to get their thoughts on these special shows.

Roadrunner Records: You played four songs with a string quartet over the two nights. Who did the arrangements?

Jordan Rudess: All the string parts were written by Eren Basbug, the young and talented Turkish musician that I discovered online through his beautiful orchestrations of DREAM THEATER‘s music and then his great work orchestrating and conducting the premiere of my own composition, “Explorations For Keyboard And Orchestra”. For two of the songs we did live with the quartet (“Beneath The Surface” and “Far From Heaven”) I had originally arranged and recorded quartet-like string parts from my keyboard, and that is what you hear on “A Dramatic Turn Of Events”. Eren was able to take those two songs and really make sure what I wrote worked for real players, as well as add some nice touches! For the other two songs, “The Silent Man” and “Wait For Sleep”, he created original quartet arrangements.

Roadrunner Records: How much rehearsal time did you have with the quartet?

John Petrucci: We played through each song with them a couple of times at soundcheck. We probably spent about an hour in total making sure they were comfortable and that they knew certain cues, etc.

Jordan Rudess: We had one rehearsal before the first show. I had sent all the music to coordinator Luis Gorelik (who is a well known conductor in South America) and he helped organize the players.

Roadrunner Records: How did their presence alter the way you guys in the band played those songs? Obviously they weren’t just sawing away in the background; they were integral to the music, so…in what ways?

John Petrucci: Honestly, we played the songs just as we have been and they followed us. On“Beneath The Surface” and “Far From Heaven”, they basically played the arrangements that are on the album. Original arrangements were created for “The Silent Man” and “Wait For Sleep”.

Jordan Rudess: In our rehearsal, I was literally conducting them and we all worked quickly to get things into shape and make sure the players really understood the music and what was going to happen in the chain of events on stage. The good thing was that these four songs all really are totally suitable for real strings, so it was an easy conceptual/musical addition to our presentation.

Roadrunner Records: Other than the new album (which was played almost in its entirety each night), the albums you played the most material from were “Images And Words”, “Six Degrees Of Inner Turbulence” and “Awake”. Why those albums, from your perspective?

John Petrucci: We try to create a show that has a certain curve to it. The way that it begins, unfolds and concludes are all carefully thought about. We have so much material at this point that it’s difficult to fit in songs from each album. Based on what we played on past tours as well as the flow and arc of the show, we thought these were the strongest choices.

Jordan Rudess: There are so many factors that are in play to create a setlist. Generally, we all felt that we offered a night of music that was a well-balanced mixture of our material that not only spanned a lot of our albums but also flowed really well for the course of the evening.

Roadrunner Records: On the second night, you guys played “Pull Me Under” as the encore, which you’ve been playing a lot more on tour this year than in the past few years… but only outside the U.S. Is that a song foreign audiences want to hear more than fans at home?

John Petrucci: “Pull Me Under” always goes over, no matter what country we are in. It just has that kind of power and familiarity, I guess. We really thought that it sounded great with [new drummer] Mike Mangini playing it and wanted to share that with our listeners.

Jordan Rudess: I don’t know — but I will tell you that they literally were trying to rush the stage in Buenos Aires when we played it. It was nuts! 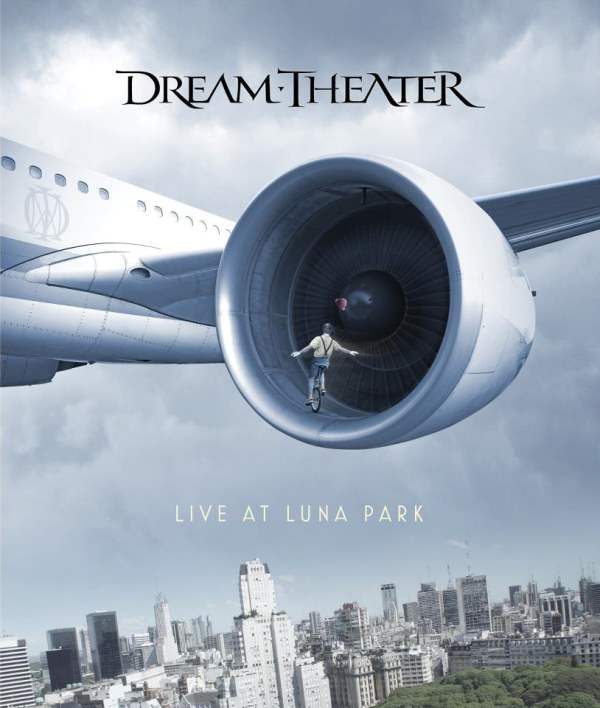