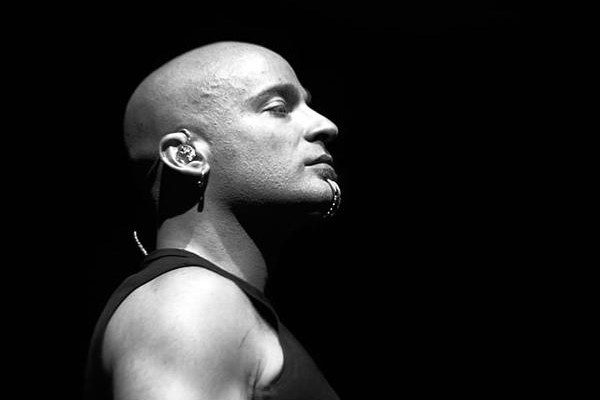 DISTURBED and DEVICE singer David Draiman spoke to Revolt TV about the controversy surrounding the latest issue of Rolling Stone magazine which features a cover photo of the Boston Marathon bombing suspectDzhokhar “Jahar” Tsarnaev. You can now watch the chat below.

Critics have accused the magazine of glorifying Tsarnaev like a rock star by depicting him in the same light as a young Bob Dylan or Jim Morrison.

On what his first reaction upon learning of the Rolling Stone‘s “The Bomber” cover:

“I think that the media has spent far too much time making these acts of evil and cowardice attractive to an entire generation of future maniacs who are looking to go out in a blast of martyrdom and infamy.

“I find the entire situation much akin to the actions of a pimp trying to whore something out for his own best interests. I find it completely disgusting and repugnant.”

On whether it was merely the fact that Rolling Stone put the bombing suspect on the cover that he found so objectionable or if it was also the fact that the cover photo portrays the Tsarnaev in a glamorous light:

Draiman: “It’s a combination of everything. They are already putting him on the cover, number one. Number two, they picked the cutest goddamn picture they could find of the guy. They airbrushed the hell out of it. They made him look all pretty, because he’s got some sort of sick fan club of these little girls that follow him that are all about, ‘Free Jahar, freeJahar.’ Why? ‘Cause he’s cute? ‘Cause you find him attractive? And somebody who’s cute with tousled hair couldn’t possibly have commited something like this?

“People are out of their goddamn minds.

“We’re teaching people to go ahead and just idolize and beauty, and no matter what, if you have a pretty face, you can’t possibly do anything wrong. And that’s absolutely ridiculous and nonsensical. And it’s blowing up in their face. You have retail chain and retail chain, a domino effect has already been occurring of store after store — whether it’s CVS, Rite Aid,Walgreen, Kmart, and the list keeps going on of stores and chains that simply have refused to carry this issue, and I hope that they refuse to carry the magazine in general.”

On whether his views are based purely on seeing the cover of the newRolling Stone issue or whether he has also read the accompanying article:

Draiman: “I’ve read the article and I still feel the same way. And you know something?! Sometimes it’s just crazy. You don’t need to know how this guy came to be, who he was. Everybody’s their own person, everybody’s capable of making their own choices, everybody’s cognizant of their own choices. And the minute that you start blaming everything around you for why somebody loses their goddamn mind is the minute that everybody comes up with an excuse to be a maniac.

On whether he thinks there is any benefit to Tsarnaev‘s story being told as a cautionary tale:

Draiman: “No. Not in terms of… Do we do an investigation? Yes. Should the government look into certain factors and cell organizations that may foster and that may be a catalyst for this type of behavior? Absolutely.”

On the argument that Rolling Stone has done this kind of story before it put Charles Manson on the cover of a 1970 issue of the magazine:

Draiman: “And you know what?! Two wrongs don’t make a right.

“Have some common sense. Have some decency. Have some taste. For the longest period of time, getting the cover of Rolling Stone was a tremendous accomplishment for any pop-culture icon. This destroys it — destroys it completely. If you can put this bastard on your page, who had no problem laying that backpack down in front of an area full of civilians that everybody saw him do, it’s pimping at its purest level. They are pimping out this story, they are pimping out an idea, and they are creating a platform for a future generation of psychopaths to want to go out in a blaze of glory, to be able to be remembered for all time, to be able to be immortalized in that way. They’re encouraging this behavior by glamorizing it. You remember the victims and the heroes and the first responders, you do not remember the murderers. You bury them as deep as you possibly can.

“This isn’t just a matter of creating controversy to sell magazines. If you wanna go ahead and pimp something out — do us a favor, take your daughter, put her in a slutty dress and throw her on the street and do whatever the hell you want and it’s your own goddamn business. Don’t do it in front of the entire goddamn country. Don’t do it front of the people of Boston who have suffered through this entire situation. Don’t insult the legacy that you’ve tried to create with a magazine that’s supposed to symbolize something great which you’ve now completely defaced.”