SKID ROW: ‘This Is Killing Me’ Lyric Video Released 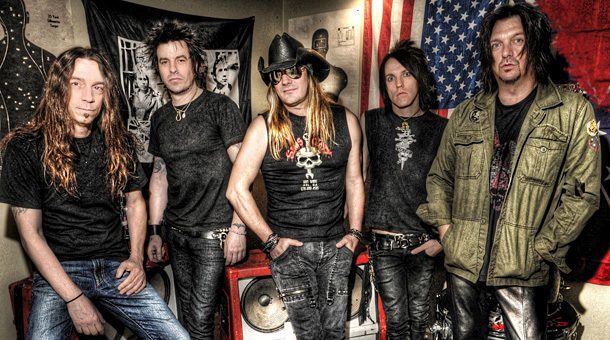 The official lyric video for the song “This Is Killing Me” from SKID ROWcan be seen below. The track comes off the band’s latest EP, “United World Rebellion – Chapter One”, which was released in Europe on May 24 via Germany’s UDR Music. The European version of the EP includes two bonus tracks, both of them cover tunes: “Fire Fire” (EZO) and “United”(JUDAS PRIEST).

“United World Rebellion – Chapter One” sold around 1,500 copies in the Unted States in its first week of release. Released in North America on April 16 via MRI, the effort is the first in a series of EPs that the reincarnated band — Dave “Snake” Sabo (guitar), Rachel Bolan (bass),Scotti Hill (guitar), Johnny Solinger (vocals) and Rob Hammersmith(drums) — plans to release in the near future.

“United World Rebellion – Chapter One” reignites the youthful energy and blistering sound that SKID ROW is recognized for around the world. “That sound and energy is what resonates with people and knocks them on their ass,” says Hammersmith. “We had a lot of great ideas to work with, so we’re all really excited about this new music.”