DEVILDRIVER Frontman: ‘We Tend To Not Make The Same Piece Of Art Twice’ 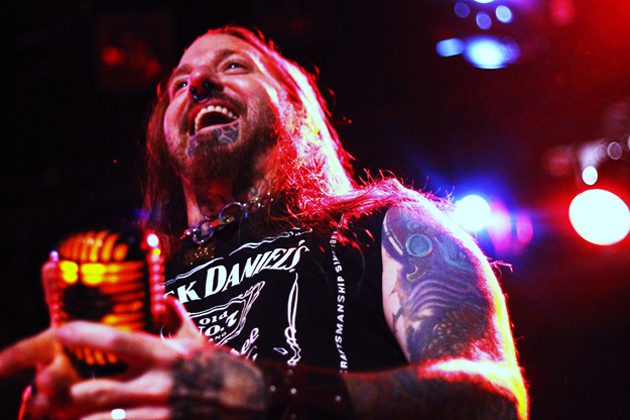 Aniruddh “Andrew” Bansal of Metal Assault recently conducted an interview with vocalist Dez Fafara of California metallers DEVILDRIVER. A couple of excerpts from the chat follow below.

Metal Assault: Your new album,“Winter Kills”, is coming out on August 27th via Napalm Records. I was listening to it, and I think it’s pretty dynamic. It’s very raw in many ways but it’s also melodic. Would you say that’s a fair description?

Dez: Yeah, absolutely! It’s got a lot of presence to it. It’s upfront and not over-produced. The vocals for pretty much every single track were recorded in first takes, so it has a very “live” feel. It’s full of groove and hooks, and has very tight arrangements. So yeah, that’s a fair assessment.

Metal Assault: Talking of the past two records,“Pray For Villains”was a pretty melodic, metalcore-type album but then“Beast”was a lot heavier, and now you are coming out with“Winter Kills”. What would you say about the musical changes from album to album? Are you going heavier with each one?

Dez: Well, I wouldn’t exactly say that. I think DEVILDRIVER has a signature sound that drives every single record, but then every record has to be different. So if you listen to“The Last Kind Words”and then“Pray For Villains”, they are very different. And again,“Beast” is different from“Pray For Villains”. That one, for me, was definitely a more melodic record, and “Beast” was a more ferocious, volatile, almost punk rock record. We tend to not make the same piece of art twice, so that’s where we are with that.

Metal Assault: In terms of your vocals on this album, physically how did the challenge compare to what you did on previous albums?

Dez: Oh, I found myself extremely focused on this record because I built a home studio. You’d think that placing yourself in an unfamiliar environment away from home would actually add to that raw feeling or that pushing edge that blues, punk rock and metal need when you’re recording, but I found that it was quite the opposite and working in that manner was taking me away from that feeling. So I built my home studio and what I found was focus. I got almost all of it in first takes. If we didn’t get something in the first take, we would start with it again the next day itself because I wanted to keep that vibe going. Vocally, I think the songs have hit the mark on this album and combined well with the writing of the other musicians in the band. All around, I’m really happy with this record and I’m excited to put it out.

Metal Assault: This is your first release on Napalm Records. Before you started writing or at any time during the process, was there any directive from them as to what they expected from you or did they just let you run with whatever you wanted to do?

Dez: Well, we’re with Napalm here in the States and overseas, we’re also with Roadrunner Records and Warner Bros. in Australia, and we signed with Metal Blade for Japan. So, I don’t think any of our label partners were telling us what to do. We knew we had a record in us even before we were making any of these deals. We knew what we had to do and we had to really come to the table. For a lot of bands, the first two records are great and then everything after that is an attempt to follow or match that. I don’t think DEVILDRIVER is one of those bands. I think we keep getting better on each record. Each record has our signature sound, but there is evolution and growth in the band each time. Any time there’s growth in art, it’s better. So, the labels just expected us to deliver whatever we were going to do art-wise.