DEVIN TOWNSEND Has ‘No Interest’ In STRAPPING YOUNG LAD Reunion 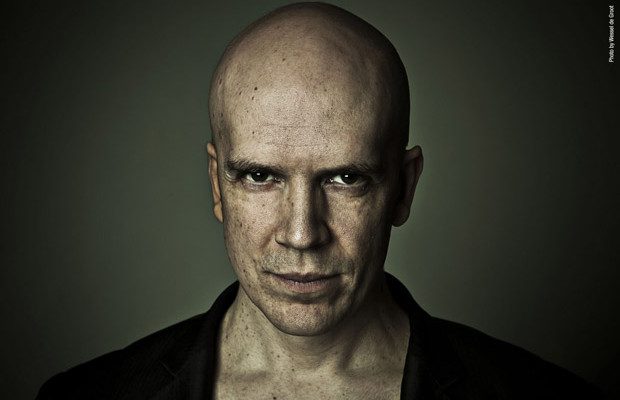 Metal Assault: The last time we did an interview, it was September of last year and at the time you were telling me about this “Retinal Circus” show that you were going to do soon after. Here we are almost a year later, and you’re soon releasing a DVD of that show. First of all, for you what was that experience like, doing that show in London?

Devin: It was basically every emotion sort of wrapped up into one. Being perfectly honest, overall it was a really good experience but it was fraught with technical hurdles and I didn’t actually recognize what we had done until I started editing it. In hindsight, it’s great but at that time it was just a lot of stress.

Metal Assault: What kind of technical problems did you face?

Devin: Well, the ideas that I typically have for “Retinal Circus” or “Ziltoid” or any number of projects that I do are usually on such a scope that there’s no feasible way you can do it with the amount of money and time that we usually have. “Retinal” was an extreme version of that. There were a 100 people in our performing group, we had a day and a half worth of rehearsal, and overall, we did achieve what I had hoped to achieve from the show, but to get it to that point it was chaos. You can imagine when there are a 100 people, including circus performers, choir members and people that had no connection to what I’ve done or to the music itself. They had to become familiar with the music and being on our stage, and all these things that went into this three-hour performance. We had props, we were playing songs we’d never played before, and I think there were 50 or 60 wireless units going. Something as simple as trying to find the frequencies for the wireless units became a challenge when we had to go and do it amidst the chaos of pulling off something that was so bizarre. For me, on a personal level, narcissistic to the point of nausea, it was a heck of a thing! But ultimately, for me it was a success. I tend to be hyper-aware of what I do and what it is that I project into the audience, I real awkward sort of quasi-nerdy thing. So by doing “Retinal“, which was so awkward and so nerdy, it allowed me to kind of liberate that. It’s what people are going to say now, like, “OK, you’re an awkward and nerdy performer!” And I’m like, “Fuck yeah, of course! Look at this.” I’m not only doing a show that’s incredibly awkward and nerdy, but we put flames on it and a pop-up book in the release. I mean, fuck you, right?

Metal Assault: You also had a lot of special guests. I think Steve Vai narrated the whole event, and stuff like that. Could you talk about that a little bit, just for people who’re not aware of what to expect from this DVD in terms of guest musicians?

Devin: The whole “Retinal Circus” show is meant to be several things and one of the few things is, it’s a way for me to summarize 20 years of doing this professionally. During that 20-year period there were a lot of people that were pivotal in my life and in my music, between STRAPPING YOUNG LAD, Steve Vai, “Ocean Machine”, “Infinity”, etc etc. Typically, people either in media or the label or what have you, had a hard time finding ways to sell what I do because they can’t sell it to people as one thing or another. So for “The Retinal Circus”, I tried to include all of it in one place, wrap it up and try to include as many people from the past that I had worked with as I thought would be appropriate. And so, Steve Vai, obviously, is where I started in music and he was kind enough to narrate it. Then I had Anneke [Van Giersbergen, ex-THE GATHERING], and then I asked Jed from STRAPPING YOUNG LAD to come up. It was important for me to do STRAPPING YOUNG LAD in this, because there’s typically the notion that I’m ashamed of it or afraid of it. Absolutely not! STRAPPING YOUNG LAD is as much me as “Ghost” or “Ziltoid”. It was just then. So I included the SYL in order to make it as respectful as I could to the legacy of that band. Jed was the first member of STRAPPING before Gene [Hoglan, drums] and Byron [Stroud, bass], and it was a great experience for me to reconnect with him.

Metal Assault: Right, but after you did that, I think a lot of rumors started flying around and media outlets started asking you about a full reunion. That must have been kind of hard for you to deal with, right?

Devin: It’s not hard to deal with, but I think the only thing about talking to media that’s hard for me to deal with is me just being confused as to why people become obsessed by it. I truly don’t understand. But in the way I’ve understood it is, people have a connection to a particular period of their life that music played an important part in, and they believe that by bands reuniting, it’s going to in some ways provide them with that period of their life or that experience again. But it just doesn’t work that way. It really doesn’t! It’s been proven time and time again by bands that try and come out to reunite and rekindle those sorts of things. I’ve got no interest in it. And not only do I not have any interest, but the more people ask me, the less I want to do it. The surest way for me to not do something is for someone to try and force me to. So the more talk that people babble on about in terms of reunion and all that stuff, it just makes me laugh! Oh my God, really? Is that where you’re at with it? For me, people can talk as much as they want, but I do what I want and that’s the bottom line.