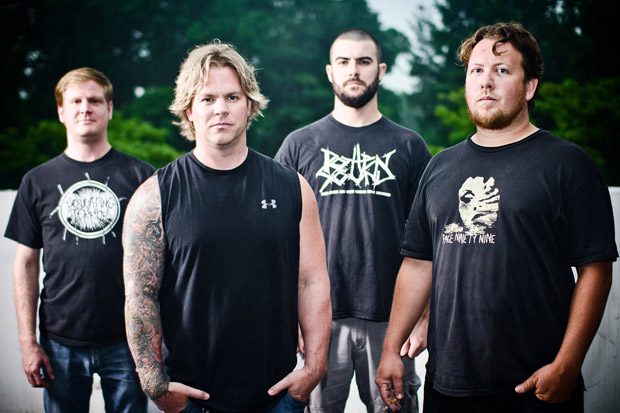 After releasing nine albums and 130 free tracks to music fans over the last five years, Adult Swim and Williams Street Records continues the 2013 Adult Swim Singles Program with “The Octagonal Stairway” by Washington D.C.-based grindcore masters PIG DESTROYER. The song is available as a free download or streaming here.

PIG DESTROYER recently re-signed with its longtime record label Relapse. The band’s fifth-full length and first album in over five years, “Book Burner“, sold more than 4,000 copies in the United States in its first week of release to debut at position No. 102 on The Billboard 200 chart. The CD landed at position No. 2 on the Top New Artist Albums (Heatseekers) chart, which lists the best-selling albums by new and developing artists, defined as those who have never appeared in the Top 100 of The Billboard 200.