KORN To Be Inducted Into Guitar Center’s Historic RockWalk 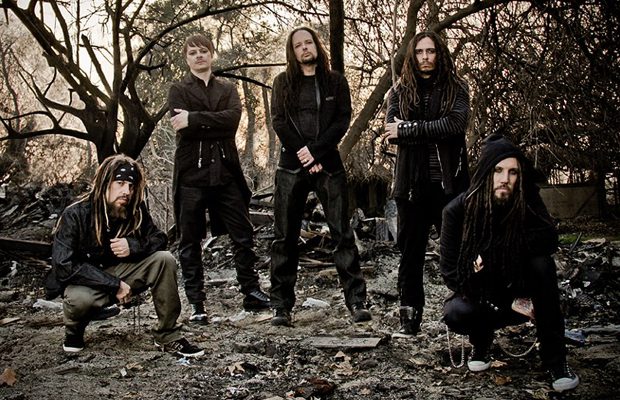 After two Grammy Awards, eleven MTV Video Music Award nominations, and millions of records sold, the members of KORN will take their place amongst fellow rock idols in Guitar Center‘s RockWalk. Adding to the celebratory nature of the day, KORN will also release its hotly anticipated eleventh studio album, “The Paradigm Shift”, on October 8.

“When you look at the names of the other people inducted here, all you can say is, ‘Wow!’ What an honor!” says singer Jonathan Davis of KORN.

Adds guitarist Munky: “When we started out, we were five guys in a garage with a dream. I’d like to think we tried our best to create some great music and an innovative sound, but to be honest, we are truly humbled to be included here.”

“KORN is about as innovative and influential as they come,” says Dave Weiderman, Chairman of Guitar Center‘s RockWalk. “They have been purveyors of metal’s progression since their formation, and are even credited with creating the ‘nu metal’ subgenre. For these reasons, and many more, KORN is exactly the type of band the RockWalk is here to honor.”

Guitar Center‘s RockWalk is dedicated to honoring those artists who have made a significant impact and lasting contribution to the growth and evolution of rock ‘n’ roll, blues and R&B. As the newest RockWalk inductees, KORN‘s handprints will reside alongside the handprints, signatures, and faces of other equally accomplished musicians and innovators such as Eric Clapton, George Martin, Jimmy Page, IRON MAIDEN, Carlos Santana, Johnny Cash, VAN HALEN, AC/DC, AEROSMITH, Marvin Gaye, James Brown, B.B. King, Stevie Wonder, RUN-D.M.C. and QUEEN, among numerous others.