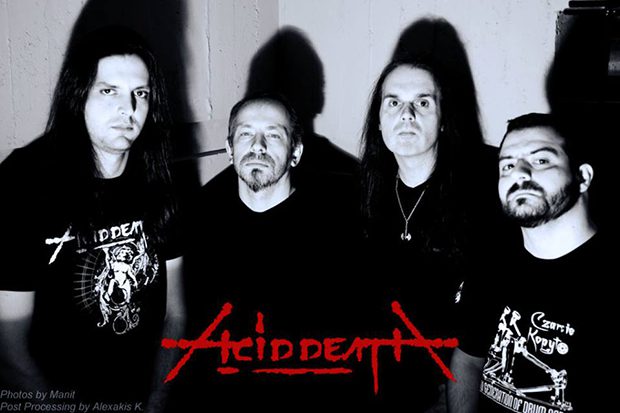 More than a year has passed from band’s latest official release, “Eidolon” full album and almost six months from the release of “Misled-2013” free EP. (www.aciddeath.net/downloads) So, it’s time for some new stuff!

ACID DEATH has started working on its new, yet untitled, full album, band’s 6th official release. More than 6 new songs are already under hard process. According to band’s schedule the recordings will start in spring/2014 and the album will be ready till the end of the summer/2014. Production, mix and mastering will be integrated in Austria at Noisehead records’ studios, Noisehead studios, by Mario Jezik.

A winter full of hard work in on the way!