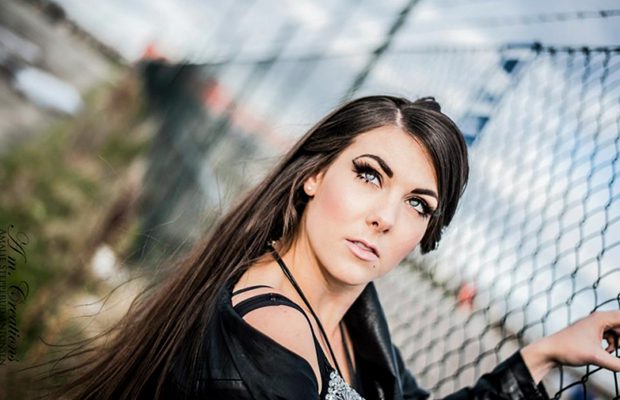 Elize Ryd of Swedish metallers AMARANTHE has uploaded an audio recording of her singing the NIGHTWISH song “Nemo”. Ryd laid down the vocals for the track in 2006 when the Finnish symphonic metal band was seeking a replacement for Tarja Turunen. Check it out below.

Says Ryd: “I’ve been saving this for a special moment. And now when I became a singer as I was dreaming of… and been travelling all over the world and met fantastic people and alsoNIGHTWISH on stage. And have such wonderful fans.

“It is a amazing memory from the day when NIGHTWISH sent me a demo with music and ask me to put my voice on it!! So here it is. ‘Nemo’ from the NIGHTWISH audition 2006!!”

Ryd, who has been touring the world as a backing singer vocalist for KAMELOT, filled in for then-NIGHTWISH singer Anette Olzon for a show in Denver, Colorado in September 2012 because Olzon was suffering from fever and vomiting and was forced to spend the night at a local hospital.

In a recent interview, Ryd stated about the Denver gig: “It was a very special thing.

“I love NIGHTWISH and I’ve sung their songs many times for myself. [laughs]

“They asked me if I would be willing to sing for them that night, and we decided that if the audience agreed it was okay for them that I sing, of course I was going to help NIGHTWISHout so they could do the show. At least with some singing so they wouldn’t have to do it all instrumental.”

She added: “It was a little bit like a dream come true for me because I always wanted to sing for NIGHTWISH. [laughs] I did audition for them years ago, so to actually be on stage with them was great. And the response from the crowd really helped. I was almost crying on stage because the people were so supportive.”