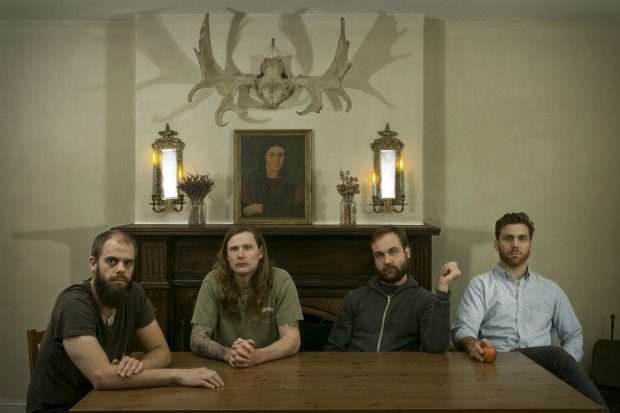 BARONESS is back on tour in Europe, and tomorrow, Thursday, October 3, the band plays theVisions Westend festival in Dortmund, Germany. The show can be viewed via live stream onWDR “Rockpalast” web site at WDR.de.

BARONESS will hit the stage at 4:30 p.m. EST / 1:30 p.m. PST; other bands performing on Thursday include LONG DISTANCE CALLING and THE OCEAN.

“March To The Sea”, the latest video from BARONESS, can be seen below. The clip, which was filmed at the Union Transfer in singer/guitar player John Baizley‘s adopted hometown of Philadelphia, opens with the enthusiastic crowd chanting “welcome back” to the obviously emotional band, highlighting BARONESS‘ first live performance following the well-documented accident that left the bandmembers severely injured.

BARONESS has been on the road steadily since May, having performed at several festivals including Bonnaroo, Orion Music + More, Lollapalooza and most recently FYF Fest.Entertainment Weekly described the band’s Lollapalooza performance as “a volcanic eruption of thick riffs, spry solos, and wicked vocal bellows” while Rolling Stone‘s FYF Fest review highlighted BARONESS‘ “feats of stunning metal artistry.”