In the continuing celebration of the 20th anniversary of the MORBID ANGEL album“Covenant”, the Tampa, Florida-based death metal band and World Management have announced that Angel Fortiz has officially completed the transcriptions for a new tab eBook of the album. The eBook features authentic transcriptions with notes, tabs, chords, lyrics andTrey Azagthoth‘s liner notes.

Check out a trailer for the eBook below.

To order a copy, go to this location.

MORBID ANGEL will celebrate the 20th anniversary of its best-selling album, “Covenant”, by embarking on the “Covenant: 1993-2013” tour.

In 1992, MORBID ANGEL was the first death metal band to be signed to a major record company (Giant Records/Warner Brothers) and “Covenant” was the group’s first release for that label in the USA. The LP was issued on June 22, 1993 and went on to garner great critical and commercial success.

On the “Covenant: 1993-2013” tour, MORBID ANGEL will play the “Covenant” album in its entirety and, after a short intermission, some additional surprise classic cuts. Further, there will be special commemorative items produced exclusively for this tour.

Asked if it ever irritates him that some MORBID ANGEL fans always expect the band to record a sequel to the group’s most successful albums, like “Altars Of Madness”, “Blessed Are The Sick” or “Covenant”, Vincent told MetalCrypt.com this past January: “We have stuff like that. Listen, we are a very wide band; we are not narrow. There are a lot of narrow bands out there these days, and you know how their records are going to sound before they are even released. You will know exactly what they are going to be and the fans like that. These types of bands don’t take any chances; they don’t really experiment at all. They just play the same record, you know, there’s only a few notes different but it’s still the same thing over and over again. And then there are bands that specialize in that, and that’s what the listeners are looking for. They should support those kinds of bands. We are just not that kind of band and never have been.”

MORBID ANGEL‘s latest album, “Illud Divinum Insanus”, sold around 3,600 copies in the United States in its first week of release to enter The Billboard 200 chart at position No. 141. The effort marked MORBID ANGEL‘s first CD to feature Vincent since 1995’s “Domination”. 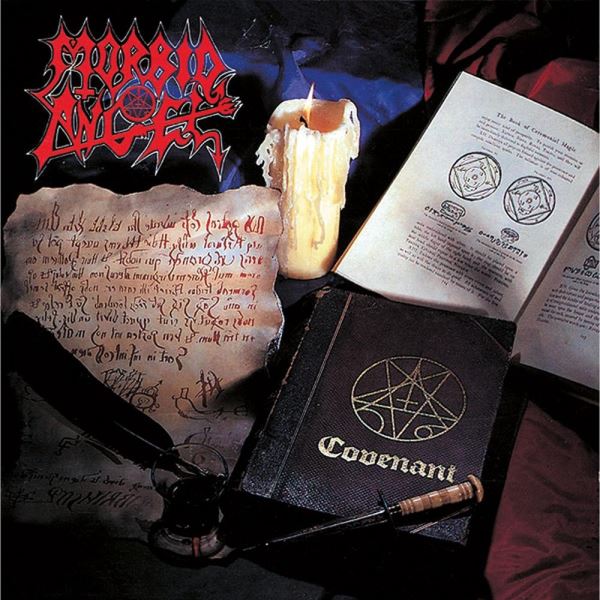